Vietnamese boat people fled by boat and ship following the end of the Vietnam War in 1975. This migration and humanitarian crisis was at its highest in 1978 and 1979, but continued through the early 1990s. Many of the refugees failed to survive the passage, facing danger from pirates, over-crowded boats, and storms. According to the United Nations High Commission for Refugees, between 200,000 and 400,000 boat people died at sea.[1]

We who have won Gods’s great lottery to be Americans (4.25% of the world’s population)[2]—greater odds for Alaskans!—can only imagine what depravity and destitution occur from the ravages of war. Being the state with the highest percentage of veterans, active and retired, we know survivors among us who experienced combat while in uniform, and know vigilance and strength are required for our safety, freedom, and way of life. Also among us are people who somehow–by the same grace of God–live here after having experienced war first-hand, as human collateral damage.

For Chi “Kim” Nguyen the experience with her husband as Vietnamese Boat refugees has resulted in incredible endurance and drive for success in multiple American businesses, including Nail Time & Spa and Kim’s Asian Cuisine and Bistro, in Eagle River.

Friends since 2009, Kim Nguyen and Rep. Sharon Jackson embrace on the occasion of presentation of a Legislative Commendation to Kim’s Cusine Asian Bistro in March of 2020.

Having nine kids has also contributed to Nguyen’s drive for success. All of her kids have learned to work when not in school. Now grandchildren are also involved in the family businesses.

Alaska is a challenging place for any small business. Our state has an economy inflated by cost of transporting goods and competition for workers who are spoiled by government salary and benefits negotiated by public sector unions. For Nguyen, the experience of escaping the Vietnam debacle has inspired her to take charge of circumstances and create a future for herself and her large family in business.

My husband and I left Vietnam in April 1980, explained Nguyen seated with eldest daughter Stephanie at a  table in her restaurant. We were rescued and went to Singapore for the paperwork, and then to America August 14, 1980.

The experience is burned into her psyche.

We first came to Juneau where we had a sponsor there through Catholic Social Services,continued Nguyen. I attended
Juneau-Douglas High School and remember walking from school near the boat harbor to a senior center up the mountain on 6th Street, above the Alaska Capital building, to work as a prep & cook’s helper.

The young couple had their first child in Juneau in 1999 but transitioned to San Diego, California, where Mr. Nguyen took a job as a welder in the shipyards there. They started a small restaurant business but when she became sick with another childbirth, they struggled.

We liked the Asian Community in San Diego, said Nguyen. But we sold the business, and being pregnant with Stephanie I couldn’t get a job, so I started an in-home sewing business. I contracted to cut and piece garments, doing alterations, while managing the baby.

That business grew and expanded making garments for companies like Nike and Adidas piecemeal.

Over time we had a factory producing a minimum of 5,000 garments per day, explained Nguyen. We had many machines, and cutting tables, and we provided jobs for many people. I would have to bid a year ahead for the contracts and each day I would leave home early in the morning, coming home late at night. My husband took care of the kids; we did that for 12 years.

We never saw our mother, chimed in oldest daughter, Stephanie. Seven Nguyen children were born over this time in San Diego.

Bill Clinton became president and all that work we were doing went to China, continued Nguyen. We lost the contract because what we could do for five dollars they did for 50 cents. We had work but it didn’t pay anything, so we sold that company and moved to Anchorage when I was pregnant with my youngest child.

Nguyen found friends she knew by searching the Anchorage telephone book and called them for help. Good Alaskans helped them.

I bought this Nail Salon in Eagle River in January 2008, after going with Stephanie to train and get experience for professional certification in Chicago, explained Nguyen. But some of my kids were going to East Anchorage High School and didn’t want to drive to Eagle River after school to work. I opened another nail salon on Boniface Parkway—near the Pizza Hut—so the kids could work there. We don’t allow any kids to stay home by themselves after they reach middle school. And, when I am busy working I don’t want to worry about whether my kids are doing things that could harm them. We have a room with a computer specifically for
doing school work at the business.

Nail Time & Spa was originally a hair salon at a different location, with four chairs and three or four tables. Our business outgrew that location, explained Nguyen. We sold the Boniface business and moved it in 2015 to the larger space. She bought the Asian restaurant next door in 2019.

As a health benefit to customers of both businesses, Kangen water purification is used. The Kangen machine provides six levels of ph including medical grade water.

This writer watched a demonstration of the Kangen water purifier designed in Japan. Readers who are interested in the benefits of this
system-that provides medical grade purified water–may find out more at either of the businesses described in this story. 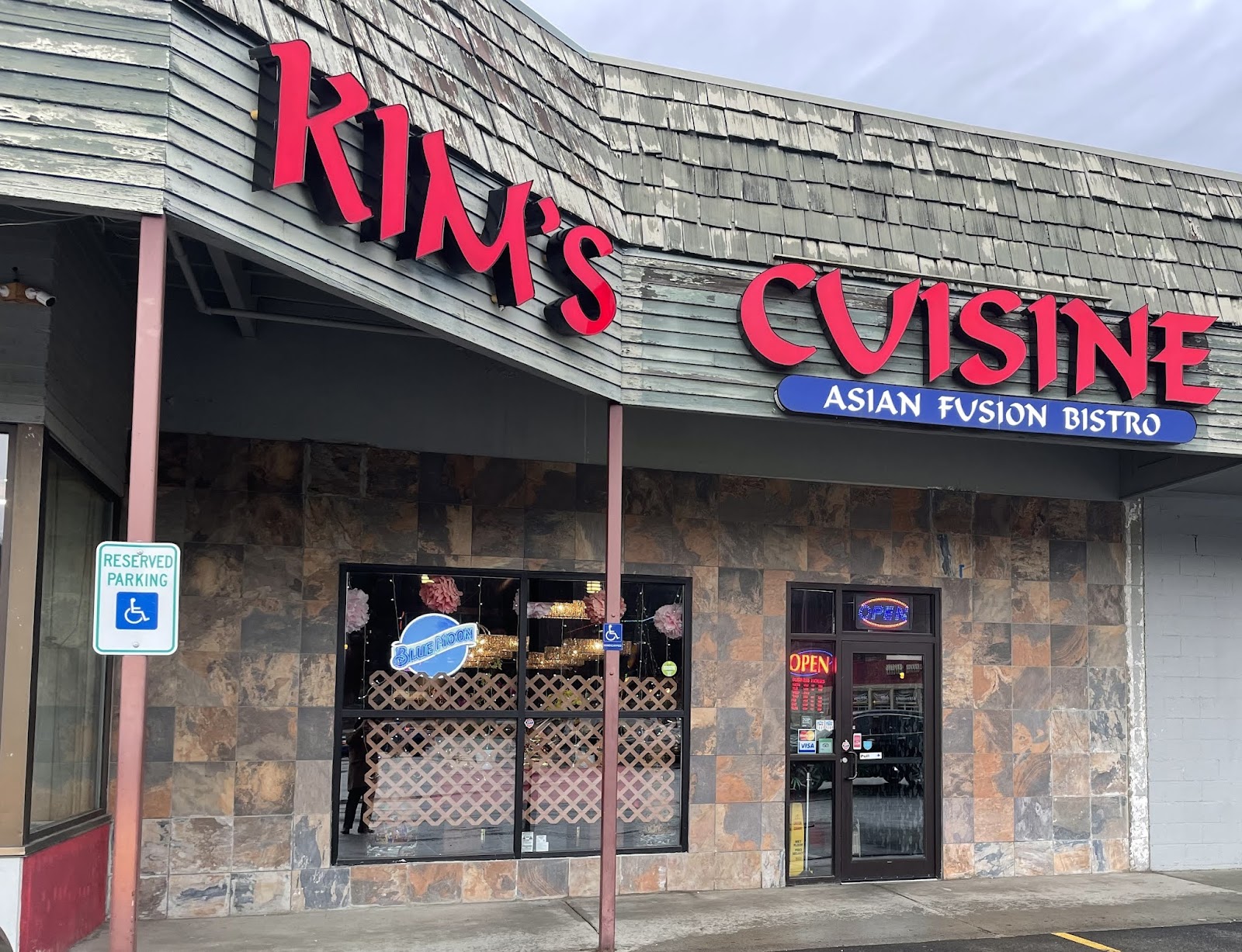 We bought the restaurant in October 2019 and were shut down by the Municipality of Anchorage in March 2020, continued Nguyen. It caused me a lot of worry and stress. Several of my customers at the nail salon said they had to go to the school to get free food for her kids. I realized we had food we could not sell because of the lockdown.

We had a cook on salary! Declared Nguyen. So I let everyone know that anyone 12 years old and under could have free meals. We were busy with constant calls and I felt very good that we could help out in the crisis. But it was rough to have a new business and be faced with a health crisis shutdown.

I am so proud of my mother; sometimes I ask “how can you do so many risky things so well and hope it will turn out?

I have so much faith in God.