The Challenge of Alaska’s Healthcare Crisis 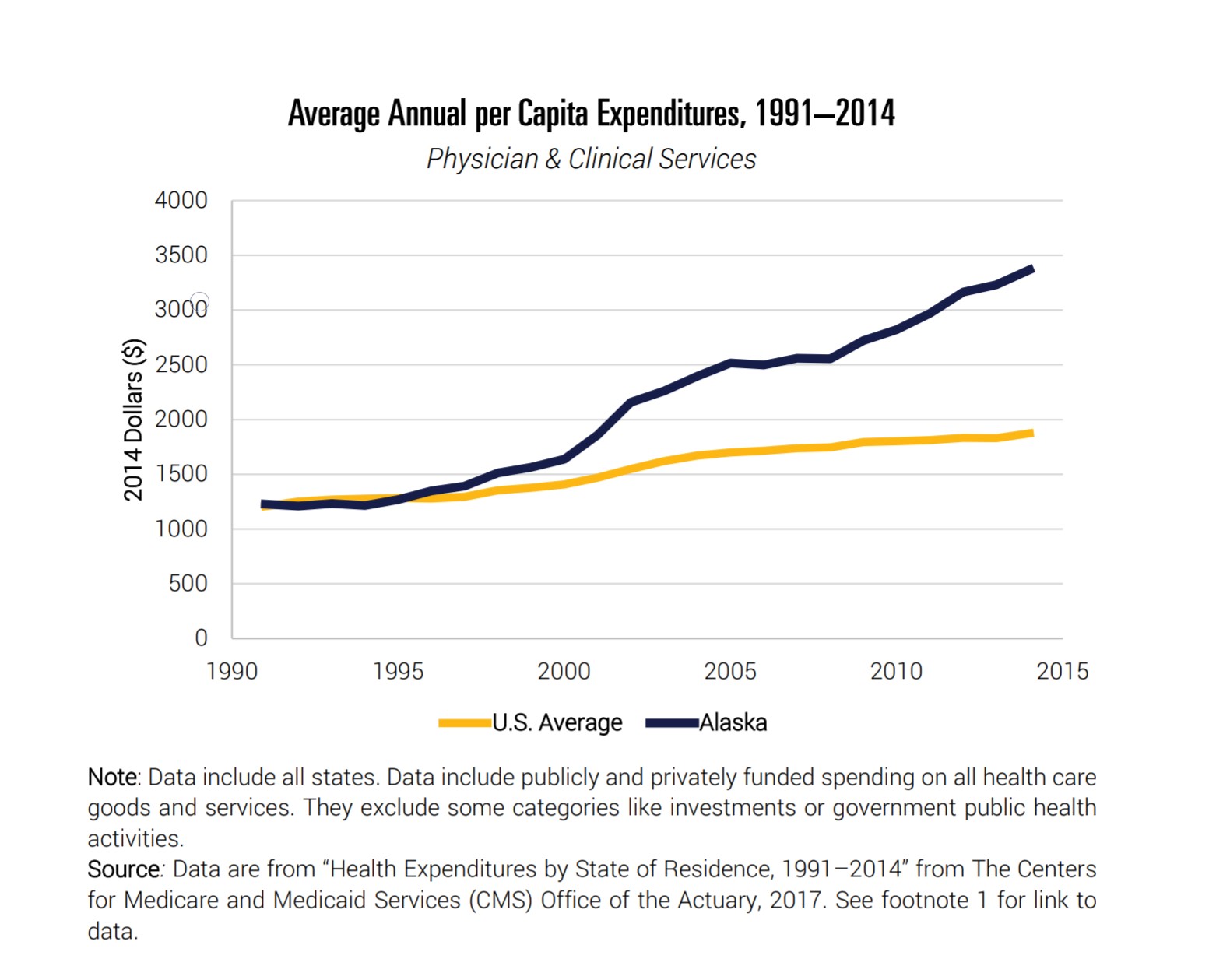 As the First Regular Session of the Alaska Legislature stumbles through its Fourth Special Session with very little to show for all the per diem racked up by elected officials cavorting in Juneau, perhaps now is a good time to look closer at a crisis being amplified by Covid hysteria amid outright legislative dithering.

When will our elected officials deal with Alaska’s Healthcare Crisis?

As in Alaska public education, the Covid-19 Pandemic has turned on the morning light to practices contrary to the interests of most reasonable Alaskans. We are awake now and must become more informed about how this impacts every one of us.

I didn’t submit more than four bills of my own this session because nothing was likely to happen, explained Sen. David Wilson, whom I interviewed about his expertise in public health care administration for this story. Wilson was a co-sponsor on several other bills, but his healthcare bill, SB 26 Repeal of Certificate of Need Program[1] was offered as SB 1 last session. 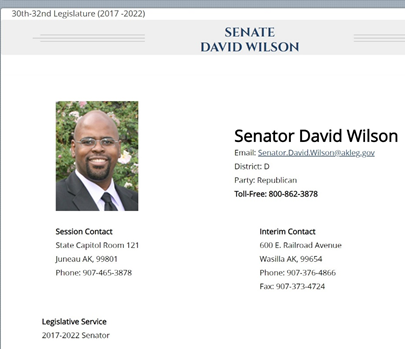 None of these critical bills have gotten any traction.

While action on our healthcare crisis is necessary to bend the healthcare cost curve down, we consumers cannot expect much to happen in a system controlled by monopolies.

I have been told by folks who tried to get rid of Certificate of Need (CON) in other states that we are facing many millions of dollars from opposition lobbying groups, continued Wilson. We have one hospital in Alaska that pays about $20 million per year just to fight other organization’s efforts to establish Certificates of Need. They have a monopoly and fight reform of the system.

CON as a Barrier to Competition

CON programs were originally intended to restrain healthcare costs and improve access to care for the poor and underserved populations. CON laws regulate and limit entry and supply of medical services and facilities, which has resulted in fewer incentives for providers to improve quality and outcomes.

Four decades of data and studies show CON laws have not controlled costs, improved quality and outcomes, or increased access to healthcare for the poor or underserved. CON laws have established healthcare monopolies, which has resulted in barriers to new or expanded medical facilities and limited healthcare choices for consumers.

The great state of Alaska should be making strides to lower costs and create more accessible care for patients, and this starts with repealing antiquated CON laws, according to testimony to the legislature by The Heartland Institute. Supporters of CON typically argue these laws lower health care costs by preventing overinvestment in a certain area, but this couldn’t be further from the truth.[4]

There is inherent cronyism embedded deep into the roots of CON laws. Established industry leaders are protected from competition by limiting entry into the marketplace, which in turn hurts consumers, resulting in fewer health care choices at higher costs. If Alaska repelled CON laws, the state would have at least 10 additional health care facilities, three additional ambulatory surgical centers, and seven rural hospitals, according to a George Mason University Mercatus profile on Alaska’s CON laws.[5] 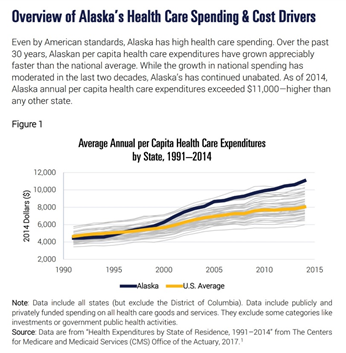 The odds are against us as healthcare consumers

According to Wilson: Before the pandemic we had some 740,000 people who live in Alaska, of which 210,000 work. Those who work are going to be paying for health care for the rest. We have to get a system of healthcare in Alaska that we can afford.

Ideally CON provides essential requirements for a new medical facility, but there are exemptions. Alaska Native entities don’t have to apply for a CON under the law. Native health organizations can set up their own ambulatory surgery centers, for instance, without having to go through this process. This is simply an exclusion afforded them. But once established these non-profit organizations don’t have to only see Native patients, they can see anybody in those facilities.

Southeast Alaska is an example, with Southeast Alaska Regional Health Center (SEARHC), explained Wilson. They have taken over a lot of health facilities and are expanding at a rapid rate. It is good for that area, but they don’t have to go through a process to determine if new facilities are needed or not. Alaska Native Medical Center can do it through nursing homes and ambulatory care settings, without going through any kind of process for Certificate of Need. The other traditional option is to establish a surgery center,and  requires expenditures for the new facility be below a trigger amount—$1.5 million. That amount will provide a one- or two-bed operation with one doctor and a nurse. In this scenario, when something goes bad it is going to go bad fast—with that level of medical staff—so quality of care can go down in some of these places where they try to set up a small clinic like that. Some doctor-owned facilities are also helping provide facilities
without the CON requirement.

Most of rural Alaska is served by regional health corporations, continued Wilson. So, they are protected, but there is a clinic at Delta Junction that wants to expand because it is too far to drive to Valdez, and too far to go to Fairbanks. They have a small clinic that is not meeting community needs today and they are trying to expand. To do that will put them over the $1.5 million cap. That would be nothing more than a new MRI machine or ultrasound equipment or x-ray equipment, to put them over the cap.

Wilson continued: On the other hand Tok is building a new facility, which is not as far away as Valdez or Fairbanks, but it will be a Native clinic. The people in Delta have been trying to get a CON for a very long time and have not been able to get it to meet community needs because when you have other entities fighting against your application it becomes costly and prolonged. 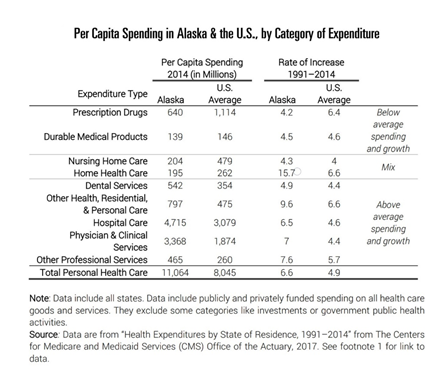 That is why Wilson proposed his bill.

To change the system is very difficult to do because people see it as being uncaring for the providers, or the patients, explained Wilson. We can have banker boxes of information showing how the process can be improved but one antidotal story about someone’s bad experience and it all falls apart. It may be an outlier but if a legislator is influenced it can create a barrier.

An Overview of the Problem

In the years since the Affordable Care Act (ACA) became law, most Alaskans have found their health care costs going not down, but up. By some measures, in fact, Alaska has the most expensive health care in the country. There have been many studies and theories posited over the years about why this is so. And yet the
high costs continue with no significant reforms to address this far-reaching state problem.

Health care costs affect so much that matters. These costs influence the actual health of people, as individuals forgo essential and preventative care simply because they cannot afford it. These costs shape our labor market, as employers try to balance providing quality coverage to attract superior employees with rapidly
increasing health care costs. These costs affect our state economy, as the health care industry provides much-needed and high-paying jobs. And of particular interest to policymakers, health care costs make up significant portions of our government budgets: the State of Alaska pays out hundreds of millions of dollars each year for Medicaid claims, and hundreds more for state employee health care coverage. [4]

Alaska healthcare costs have not always been unusually high. Through the 1990s our costs were like many other states, but the expenditure growth in Alaska has far outpaced the rest of the country. This APF Report documents the factors for this phenomenon as: 1) Labor costs–as the primary driver of
total expenditures–are 50-80 percent higher than the national average; 2) Alaska Medicaid expenditures are 56 percent higher than the national average, with Medicad payments to physicians higher than Medicare payments, contrary to virtually anyplace else in the United States; 3) Prescription drug spending at the state level is substantially below the national average; 4) An unusually large portion of our very high commercial health costs are paid by employers,
meaning individual Alaskans don’t have any incentive to strive for cost efficiencies.

Wilson continued: The powerful players want to keep their profitability levels as they are. One way they do that is with the onerous CON requirement.

But wait, there’s more! Fifty percent of Alaskans born today are on Medicaid!

The Alaska Healthcare Crisis was exacerbated by former Gov. Bill Walker, who in introduced HB 148 providing for Medicaid Expansion under the ACA. [7] 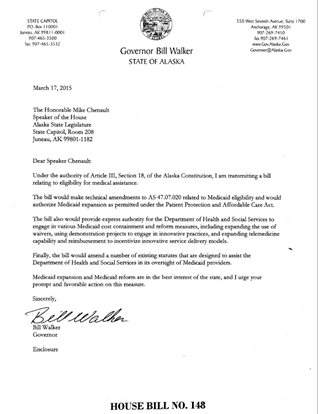 Medicaid expansion more than doubled—actually 2/3rds increase—in the number of people who qualify for state services, Wilson continued. We didn’t have the capacity and we didn’t know what that would do to our state budget at that time. It all sounded wonderful that the federal government was going to pay for the increase initially at 100 percent, then dropping down incrementally to offer more benefits, but in reality It has created a huge influx of additional people requiring government funding.

Alaska doesn’t have many options available from the Federal Government now to mitigate the state’s accelerating costs for Medicaid. Our elected officials would have to demonstrate courage to deal with this crisis.

Previous story on Alaska’s Healthcare Crisis: The Threat of Competence