As a former employee at Providence Alaska Medical Center, and chair of former MayorDan Sullivan’sHealth Care Commission, David Morgan asks the hard questions and has demonstrated with his own actions how principles of economics can provide better care at cheaper rates, while assuring health care providers make enough money to stay in business. That’s the real reason why the Anchorage Assembly challenged his recent appointment by Mayor David Bronson to head the Municipality of Anchorage (MOA) Health Department.

The Assembly majority isn’t qualified to shine Morgan’s shoes and doesn’t want Mayor Bronson to be successful in bringing Anchorage out of the mess created by these misfits. When Morgan realized the caliber of people he was being judged by in the confirmation process, he withdrew his name from consideration.

The problems I ran into had to do with my past political affiliations, said Morgan in our recent interview. Republican Party conservatives want to reduce healthcare costs at the state and local levels. This is in contrast with the Alaska Hospital Association and the Alaska Medical Association—the industrial state of healthcare. They are not happy with me because anywhere I have worked costs go down, service goes up, and I produce more revenue, without increasing costs or restricting competition, but by providing better services through efficiencies of scale. 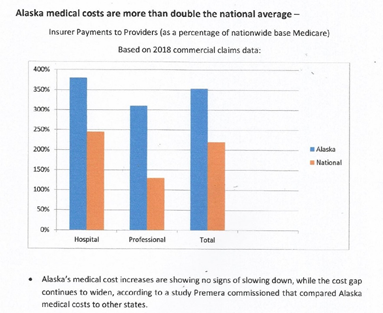 Morgan has an impish smile and talks Kentuckian.

How could the majority of elected officials on the Municipal Assembly understand this approach as they strive for politically-charged government dependency over individual Alaskan autonomy?

The point is the entire system of health care for the state of Alaska is designed NOT to have competition, Morgan continued. Opponents to my appointment were upset because I pointed out the military option. Their biggest argument for making us wear masks and require lockdowns was a shortage of ICU beds. They don’t want anybody to know the JBER 673rd Medical Brigade can staff 55 ICU beds anytime and hasn’t. If all the local hospital beds are really full, in five days new ICU units could be set up in the parking lot of Providence Medical Center or Alaska Native Medical Center—we could have 30 or 40 beds with professional staff quickly available. For the mere price of $1 such an intervention would be called a “training exercise.”

These would be high quality care facilities, too. 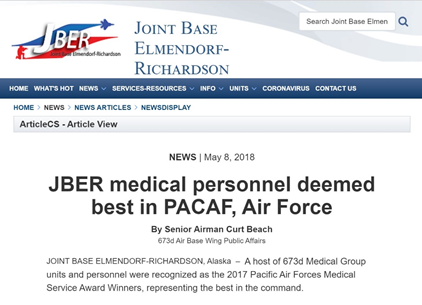 My goal for the short time I was Health Director wasn’t a political goal, continued Morgan. My goal was to meet five-year budget projections by reducing costs by eight percent and increasing healthcare for Alaskans. While on the previous Muni health commission under Mayor Sullivan we found that the health department was doing stuff that had nothing to do with the mission of that department.

It was doing stuff for politics.

Morgan also served on the State Health Commission for 5 years, representing Primary Care (CHCs) Programs and Clinics for the State of Alaska. That Commission was dissolved by the Legislature–as it started to get to the heart of the healthcare cost and access problems for the State. This was explained in MUST READ ALASKA story: Lawmakers Took Big Bucks From Hospital Group, And Vetoed Accordingly.[3]

This practice continues to today. A number of bills in the Alaska Legislature to reform healthcare were killed in the 3rd Special session.

Sponsored: Alaska’s Denali Legacy: What would Don and Roberta Sheldon have wanted?

Both political parties have members who are captive to the Healthcare Lobby, according to Morgan. Nothing the Alaska Legislature or the Anchorage Assembly majority have done is about providing a better quality of life for Alaskans or Anchorage property owners who pay for this circus.

The argument they are using is “it’s a panic,” said Morgan. In reality, we only have a pandemic of the unvaccinated. There is no reason we cannot reduce cost and provide better health care for Alaskans overall. I have done it. I have a track record of doing it but they won’t do it because they don’t know what it would require. 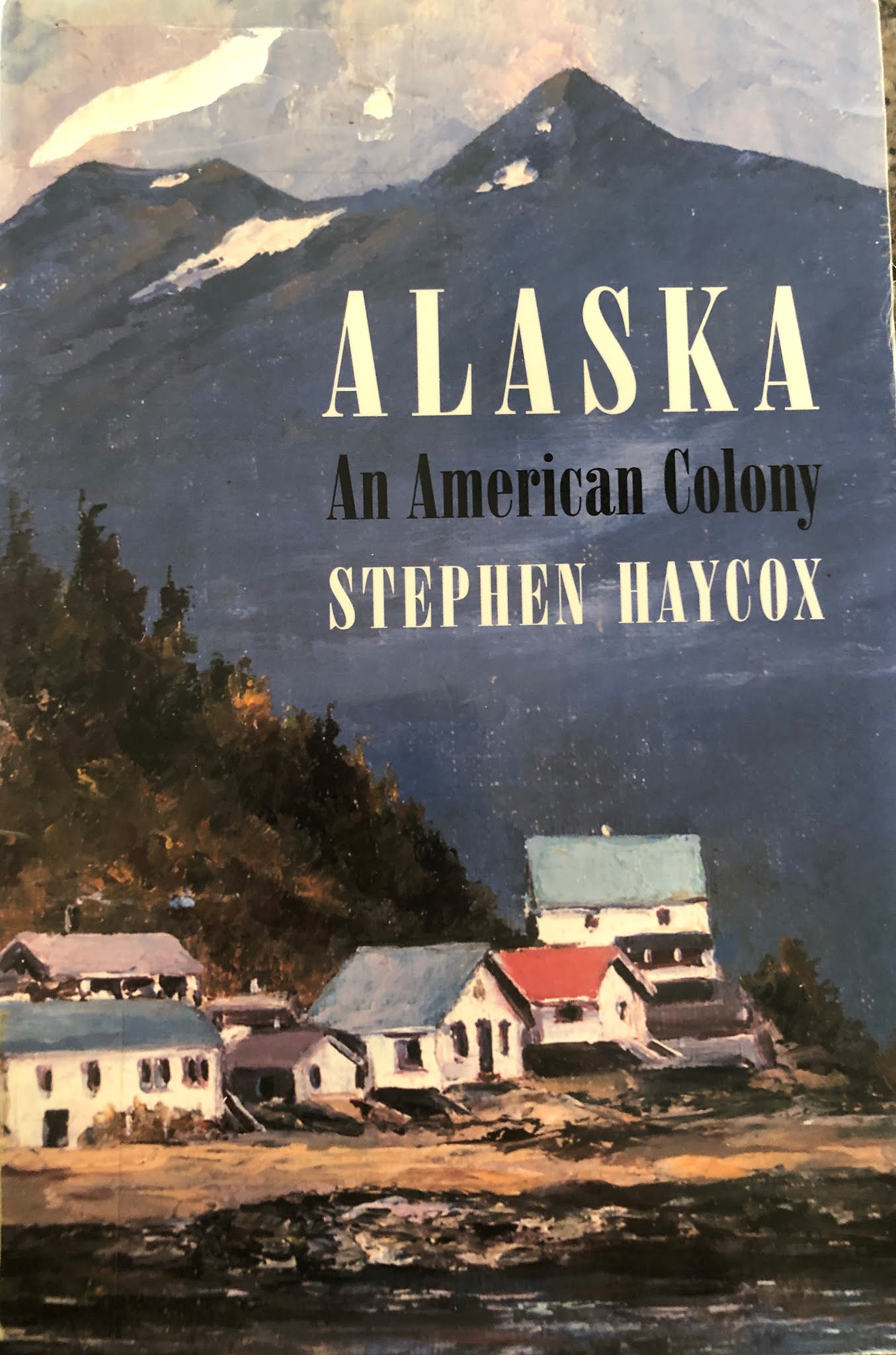 Anybody who has lived in Alaska for any amount of time knows this state was a marriage of convenience with the United States of America. University of Alaska History Professor Steven Haycox wrote an entire book celebrating this reality, Alaska; An American Colony.[4] The result is that public policy is convoluted and skewed to benefit a few short-sighted special interests over the long-term good of Alaskans.

In the case of healthcare, that means Alaska has a lot of rich doctors. 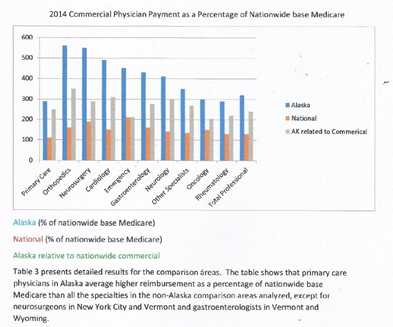 Over more than a year Covid-19 has shed a light on the problems of our healthcare cartel. It has become a reason to suspend rights under the US and Alaska Constitutions, with a disproportionate reaction given our state’s many other serious health care needs.

Morgan explained: We are the only clinic other than the military hospital that treats people with TB in airtight rooms. Sexually Transmitted Diseases (STDs) also require special protocols by health professionals for their protection. Homeless people can get runny sores, polyps, and samples must be taken to be cultured. Sometimes when that is being done it can spray—from everywhere on the human body that sexual activity can happen. We don’t judge, we are simply trying to stop syphilis, gonorrhea, and other life-threatening communicable diseases. I required all health workers in the Anchorage health Center to wear N95 masks.

But the myopic political focus of the Assembly is on Covid: 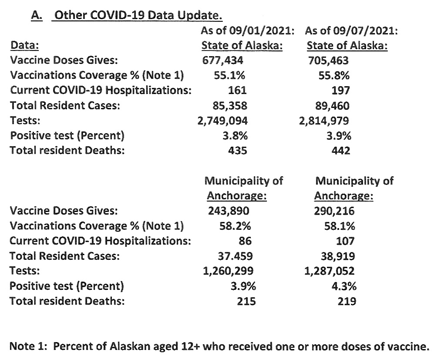 Around twenty percent of Alaska hospital beds are being used for Covid patients.

A couple of times in the past we have been full, said Morgan. But the argument is never about increasing supply, it is about requiring everybody to get a vaccination, everybody to wear a mask, everybody to lockdown, and we aren’t going to have normal public school, either.

Previously I used my training to reduce costs, expand service and make money for the provider, continued Morgan. I might reduce the amount we billed, but money from the state and federal governments through Indian Health Services plus Medicaid Treaty Rights provisions expanded it overall. What we got was not based on billing, it was based on how many people we served. I started applying community health standards to see people who are not part of the tribal organizations. For people who were not Alaska Native but were living in Barrow, later in Sand Point, it is a $900 trip to go to the doctor for a typhoid shot. We got grants for the rest of the people living in those rural communities because we were seeing them anyway, with agreements with other providers like Providence Hospital, to provide tertiary care.

More recently, as director to yet be confirmed by the Assembly, Morgan had begun the process of gaining nurses-in-training for the MOA. Approved candidates could have their entire tuition paid for by working in Alaska hospitals designated as high need areas. This was a supply-side effort that has gone away now in favor of hysteria of overworked nurses driving healthcare decisions by misfit Assembly Majority members.

The Political Threat of Competence

Morgan came from a family of physicians. His grandfather was a doctor, his grandmother was a nurse, his father and two brothers are doctors, and 14 cousins are doctors. He was weaned on the medical profession but chose to train in healthcare service administration.

From 1983 t0 1986 I worked for a health co-op called Hunter Health at Bartholomew County Hospital, said  Morgan. It had started back in the 1800s in Lexington, Kentucky. I was assistant manager for budget and cost. We had 28,000 members. That organization had started as an agriculture co-op, but at the turn of the century they couldn’t get a doctor. The way agriculture co-ops work is everybody pays a little money to buy a number of tractors, for instance, so the cost of a tractor for an individual farmer member is half. They also sold their crops as a collective. They had a small clinic with two doctors, three nurses and 4 or 5 beds. Back then the doctors actually went on rounds by horseback.

In 1987 Morgan went to Providence Hospital in Alaska, where he worked as manager of patient accounts until 1991. After that, until 1996, Morgan was Finance Director and Acting City Manager for the City of Whittier and Alakanuk. He was next elevated to Deputy Director for Operations and Finance for Eastern Aleutian Tribes, Inc. where he managed day-to-day administration and financial operations for five primary care clinics, supervising 24 employees, until 2001. From 2001 to 2003 Morgan was ANA Project Manager for the Chugach Region’s Chugachmiut Inc. as ANA Project Director. Next Southcentral Foundation employed Morgan as Reimbursement Director to direct revenue cycle operations, compliance and Medicare/Medicaid Medical and Home Health Costs. Since 2015 Morgan has been a consultant with Affordable Healthcare Consulting Services providing strategic financial and data analysis, auditing services, planning recommendations and other technical services.

Most recently Morgan led a group of Alaska Roundtable community leaders in development of a comprehensive policy paper on healthcare. He provided a copy of the executive summary of that 28 page book with tables for this story. I provide it here in complete form: 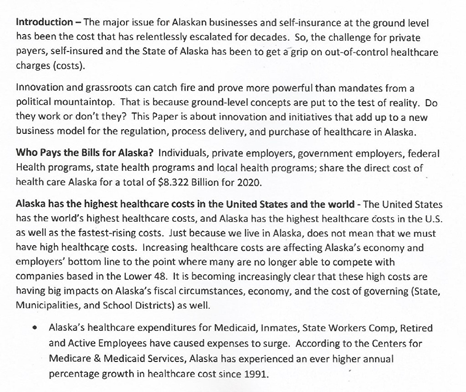 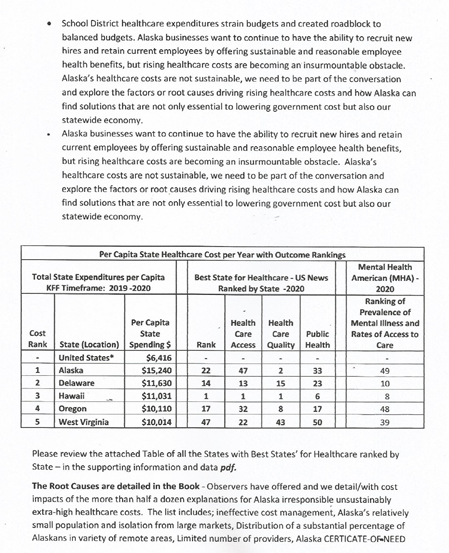 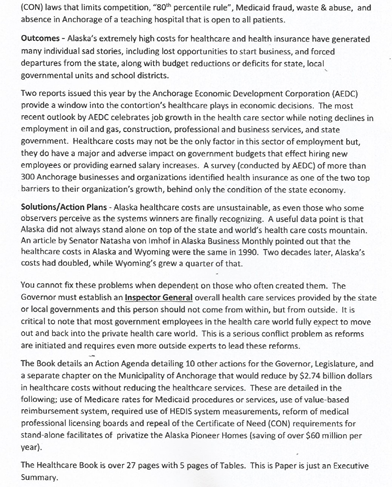 Personally, as a citizen journalist, I admit being intimidated by the challenge of providing an overview of the healthcare crisis we face as Alaskans. It’s a complex and specialized problem, but I am struck by the smallness of some elected officials who are so dogmatic that they cannot see the value in having a proven administrator like David Morgan put the Anchorage Department of Health on a solid administrative footing, ultimately for the good of all Alaskans.

Mayor Bronson knows we can do better but it may take an election of new Assembly members to reimagine local government competency.