Several communities in the Georgia County of Fulton have decided they want their local government closer to the people. Fulton County and Cobb County include the City of Atlanta. These communities have formally detached from Fulton in what has been dubbed a Cityhood Movement.[1] As some Alaskans who live in the area of the Municipality of Anchorage consider the possibility of doing the same–in what is known as Assembly District 2 (AD2)–the lessons of communities which have done this elsewhere are worth considering.

The EaglExit organization has been working two years to prepare a plan for the Local Boundary Commission (LBC). Under Article X Section 12 of the Alaska Constitution the commission may present any proposed local government boundary changes to the Alaska Legislature during the first 10 days of any regular session. The change shall become effective 45 days after presentation or at the end of the session, whichever is earlier, unless disapproved by a resolution concurred in by a majority of the members of each house.[2]

Alaska currently has 19 organized boroughs and the Unorganized Borough according the the Department of Community and Regional Affairs Website. The Municipality of Anchorage is a borough.

This is the group that must be convinced that detaching AD2 from the Municipality of Anchorage is legal and has merit.

The Alaska Municipal League provides a Short History of Borough Formation since Statehood:

The inequity of having an unorganized borough over more than half of the state is easiest to see in the Public Education System and Funding:

With State budget cuts in recent years, local governments can no longer expect State assistance in paying for capital expenses as has happened in the past. 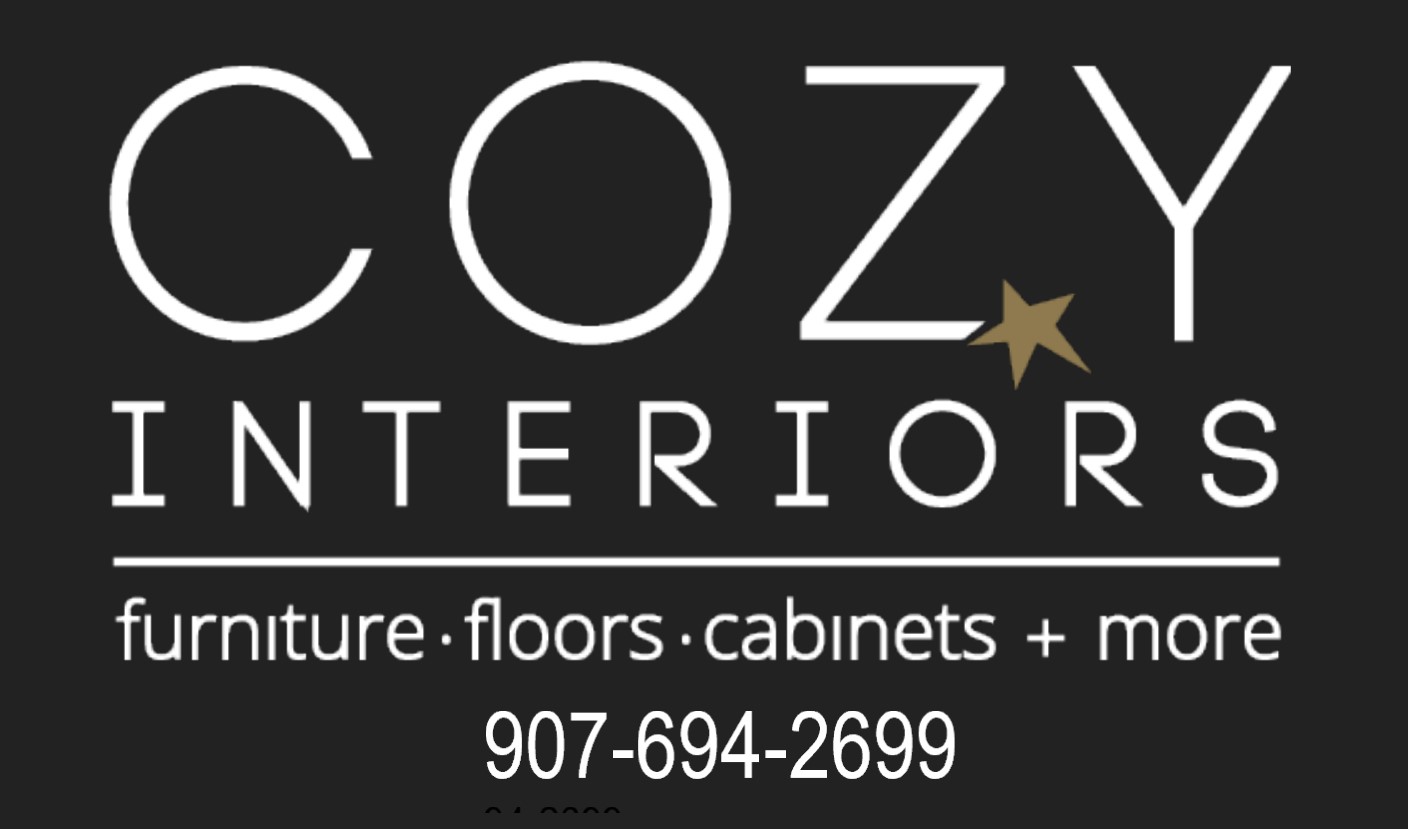 A 1981 study concluded “the present system encouages dependence and that the inhabitants of the Unorganized Borough are encouraged to be supplicants and clients of state-provided services and largely spectators upon the political life of local government”. (Thomas, ed., Ritchie, page 644)

Oliver W. Porter played a key role in the implementation of the new City of Sandy Springs, and wrote a book about it.[4] I have met Porter in Atlanta myself, and he has been an advisor to EaglExit. 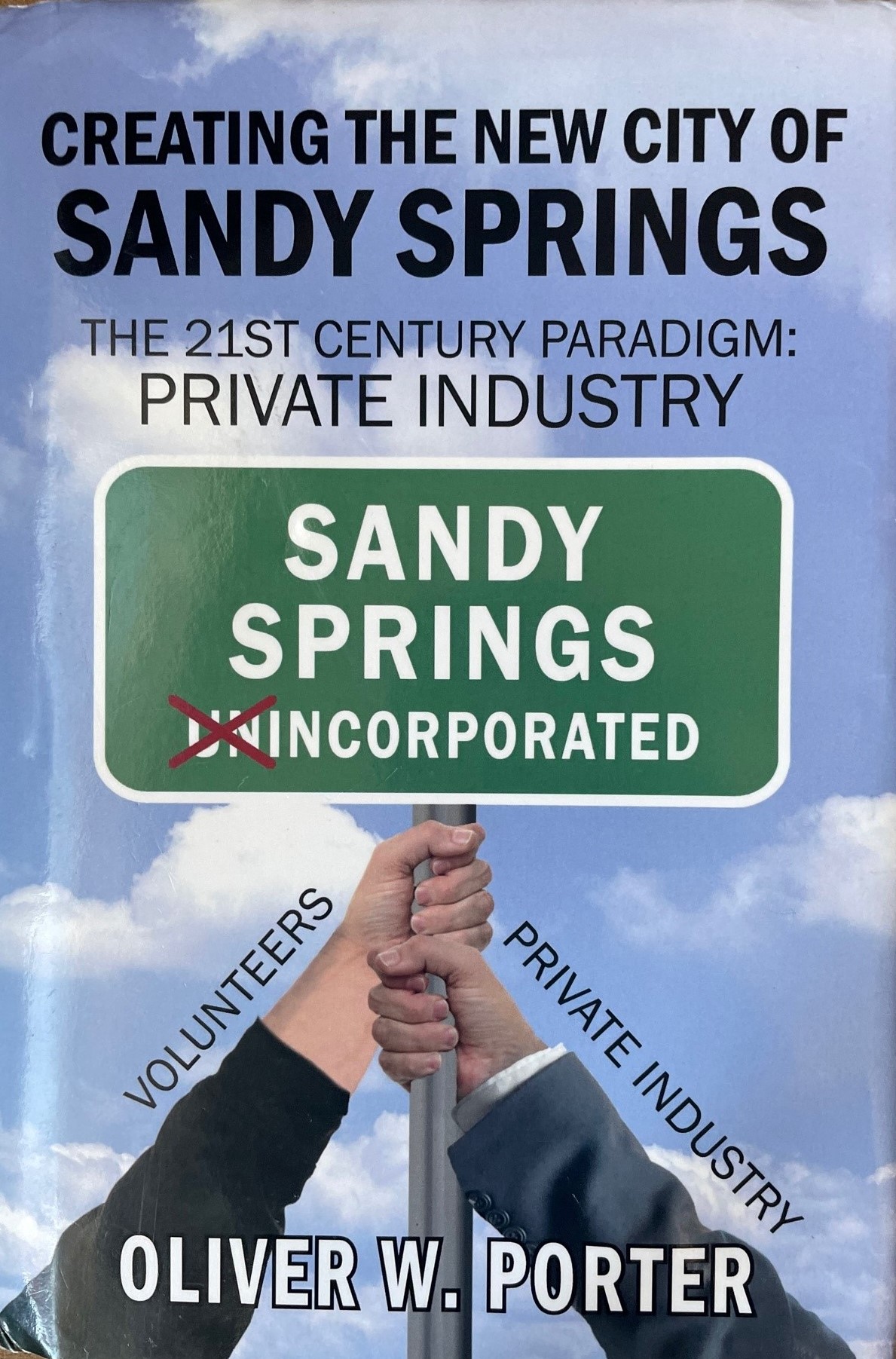 Implementation of Sandy Springs was unique in a number of ways. Unlike Alaska, with provisions in our constitution to allow boundary changes, it was necessary to create new laws to enable incorporation there. The first step had to be forming a local boundary commission in Georgia! The process of creating a new local government entity took one year and it was done by the organizers without authority, funds or staff. Created by volunteers in a major exercise of democracy, services of the city were assigned to private industry in the broadest such contract in the nation.

These are not Collective Bargaining Agreements with the city and public sector unions. These are contracts for services with vendors responsible for delivering direct services. If the vendors choose to affiliate with private sector unions that is their choice. Results are what matters for the citizens of Sandy Springs.

From the book: “The innovative use of private industry, through competitive contracting, to provide the widest possible scope of community services could well become a model for the twenty-first  century city in America.”

Since the successful detachment of Sandy Springs from the City of Atlanta in 2005, other communities have been able to do the same.

From Wikipedia: South Fulton is a city in Fulton County, Georgia, United States, in the Atlanta metropolitan area. It was incorporated in 2017 from parts of southwest Fulton County and includes the communities of Red Oak, Cooks Crossing, Stonewall Tell, Fife, Ben Hill, Sandtown, Cliftondale, Peters Woods, and part of Campbellton. It has a population of 99,155 and an area of 85.64 square miles (221.8 km2).] 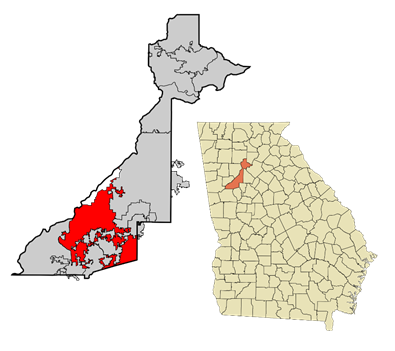 This process was not easy. In 2007 the people of the region voted in a referendum 85% against forming a municipality. In 2016 the Georgia General Assembly passed bill HB514 to incorporate South Fulton, which received the signature of Governor Nathan Deal on April 29, 2016.

On November 8, 59% of the citizens of South Fulton voted to become a chartered city. In early 2017, South Fulton held elections on March 21, followed by runoff elections before incorporation took effect May 1.

One year start to finish.

Today South Fulton’s population as of 2019 is estimated to be 99,155 making it the fifth largest city in Georgia. In 2010, prior to incorporation, the United States Census Bureau estimates that the area now within South Fulton’s boundaries was home to 85,769 people.

We don’t have enough organized boroughs in Alaska to bring government to the people. Instead, we have some boroughs that were required to be formed but serve only high population areas. Article X of our State Constitution calls for …maximum local self-government with a minimum of local government units…as it should be. Requiring Alaskans who choose to organize local governments to pay for services to areas of the state which choose not to organize is enabling behavior, resulting in weak public education and dependency. If the Unorganized Borough was turned into a locally-controlled boroughs services could be contracted to private companies including Native Regional
and Village Corporations.

The time has come for EaglExit.

South Fulton is the latest of a number of Atlanta. GA communities to detach

Other stories about the effort to detach AD2 from the Municipality of Anchorage:

The Important Role of Local Government

What kind of future do we want?

Looking Back, And A Vision for the Future

What Happened to Anchorage Hospitality?

The Cozy Side of Eagle River

Decentralize Anchorage. It Really is Our Only Solution

How Can Alaska Gain Food Security?

Is Eagle River ready for a Divorce?