Most small Alaskan communities must struggle to survive and each
community heart beats to the rhythm of the school. The annual state Willow
Winter Carnival demonstrates this vital link. Held during the last week
of January and the first week of February, it was again this year a place where
anyone on the road system can go to celebrate our winter wonderland.

This is the second oldest winter carnival in Alaska. There have been
times when the community had less than 1,000 residents, but they still managed
to put it on every year since the early 1960s. 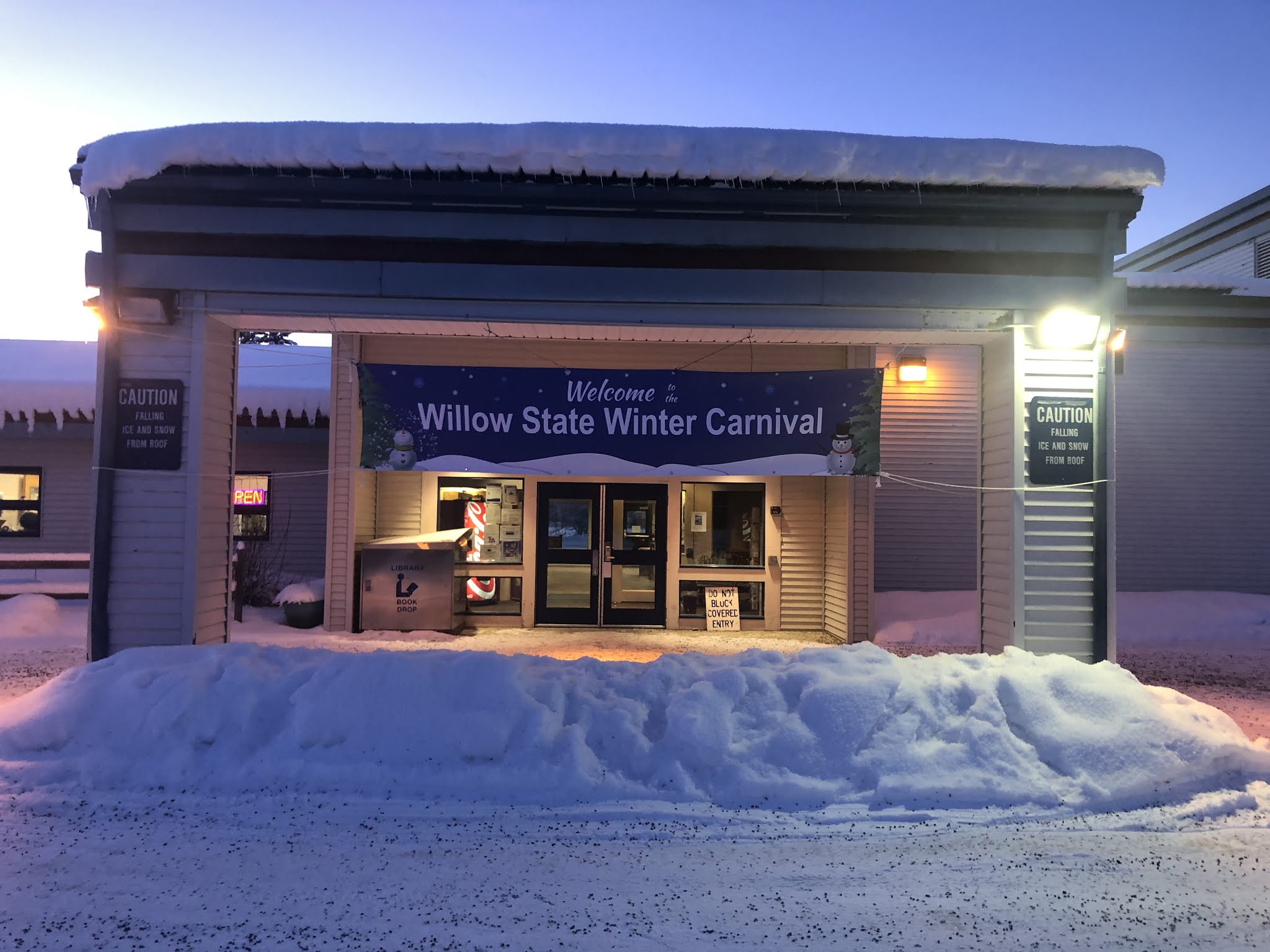 And
this year I had another reason to be happy that I attended the carnival: I won
the top prize in the raffle—round-trip tickets for two on the Alaska Railroad
to Denali!

During my own second Willow carnival I couldn’t help but notice one involved Willow Elementary teacher, Skip Davenport, who explained his involvement in community events over the years, between efforts to guide his fifth grade students in helping Willow Area Community Organization (WACO) with the kick-off dinner.

”For me it is paying back,” explained Mr. Davenport. “My own 6th grade teacher in Las Cruces, New Mexico
changed my life. I was a troublemaker, not on the path I should have been on,
and he helped me turn that around.” 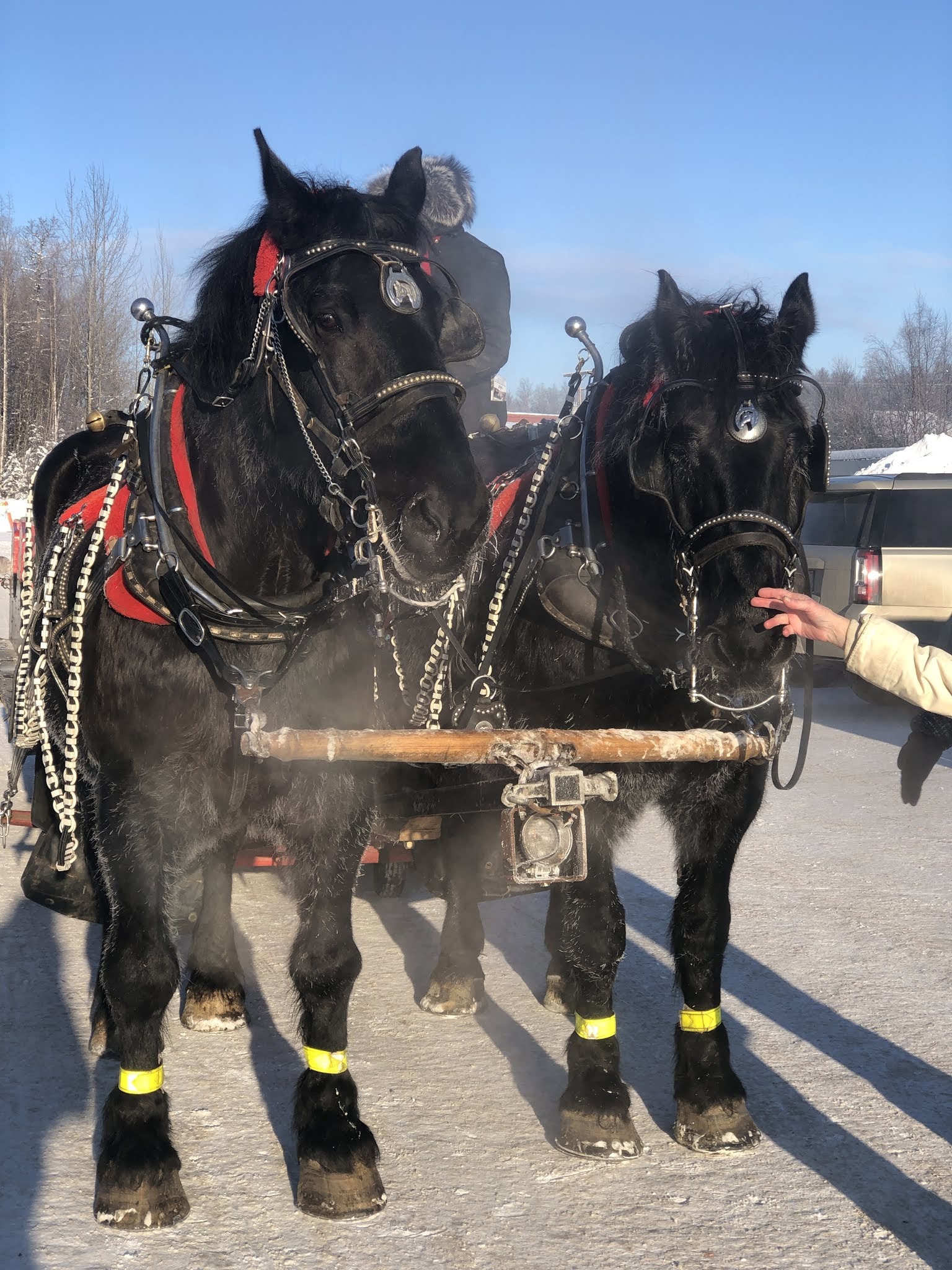 “I have always felt we have a duty to help out in our community, and
that is something I teach in my class, community and service–for 16 years,
now.”

While Alaskans have
been surprised at the downward trend of Alaska public education as measured by
the Performance Evaluation for Alaska Schools (PEAKS) assessment, Willow
Elementary School has done pretty well academically according to Alaska
Department of Education and Early Development (AKDEED) information.1 It is joined by the Alaska Science
Assessment administered to students in grades 3-9. These tests are designed
to measure students’ understanding of the skills and concepts outlined in the Alaska
English Language (ELA) and Mathematics Standards, and the Alaska Science Grade
Level Expectations, arrived at through a process which occurred during the
early 2000s–as I was taking coursework to become a teacher myself. For student
teachers every element of every lesson plan was required to be linked to specific
academic standards.2 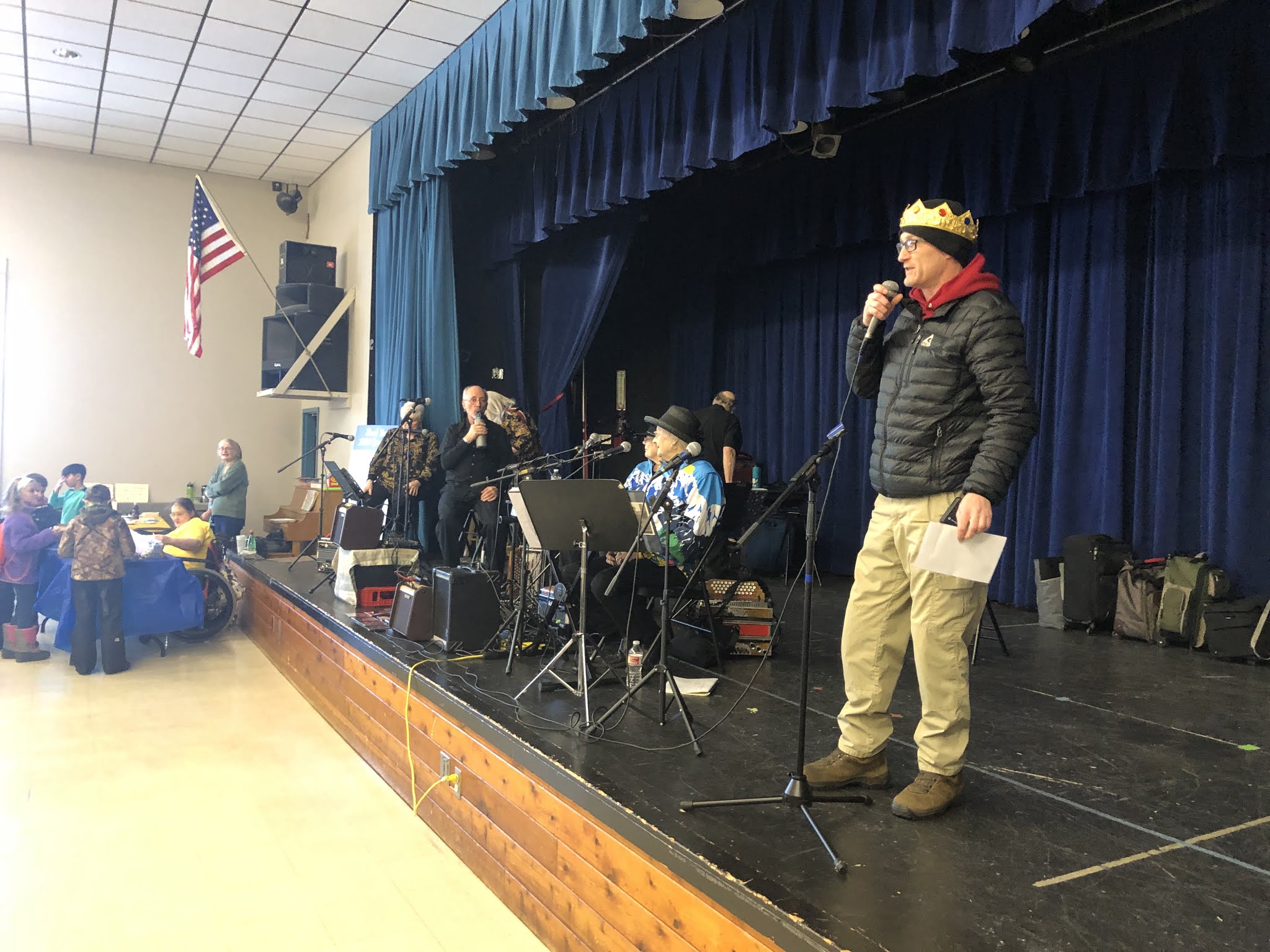 Interested
parents can go to the links listed in the References and discover more about
the results. Parents are responsible for their children’s education and
these numbers are a way to know more.

This is generally good news for Willow.

These
are relatively small communities with active parents and dedicated teaching
staffs.

My observation: If you think about it,
the data is too rich. By mainstreaming students with disabilities we skew the
overall results. For parents with disabled students the extra resources
required are justified but for parents whose children are not disabled the data
makes their levels of academic accomplishment appear less significant statistically.

Like myself,
Davenport is a second career teacher and has his Alaskan story: “I first came to
Willow before becoming a teacher. I was working on the Slope. I jumped ship from
Engineering because Operations runs everything up there; I was an operator for
20 years starting with ARCO,” he explained. “We got bought up by
Conoco Phillips and then traded to BP.

Davenport is also a BP Teacher of
Excellence (2010).

“You know, I was
very naïve when I became a
teacher; I thought there would be little lights that would come on above their
heads so you could see you are imparting information, maybe some occasional
wisdom,” Davenport
explained.  “But you have no
idea–until they come back–about how they will turn out. I am so proud of the
kids I have taught; I maintain a relationship with the kids. For some of them I
have helped them get scholarships after graduating from high school. We work
through several organizations; such as Mat-Su Health Foundation, to get
scholarships for kids from my classes. It’s pretty amazing.” 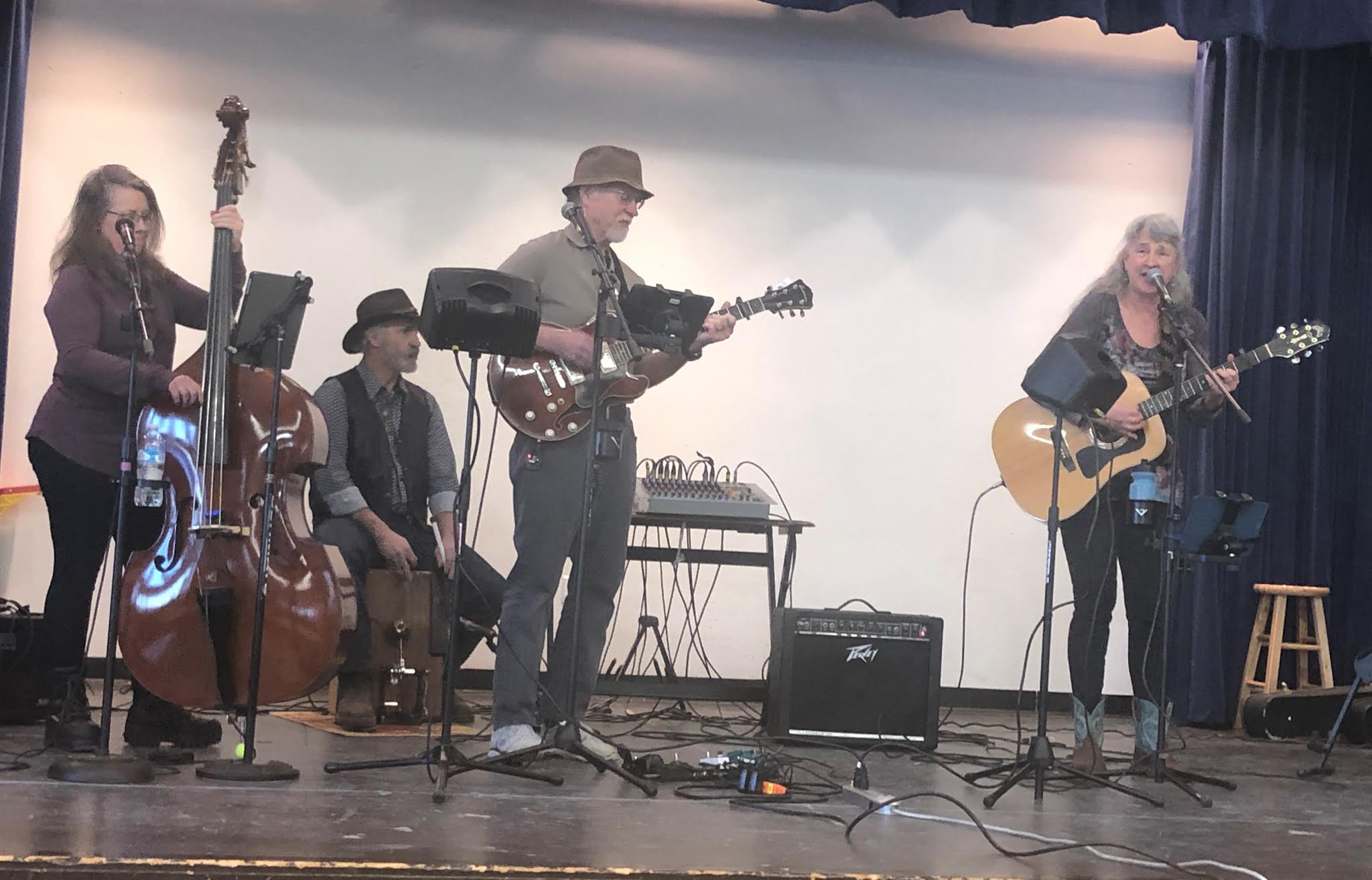 I know what he means: I have told students in my own classes that once
I am their teacher I will always be their teacher. For instance, over the years
I have had students send a photograph of a math problem so I could help them
solve it.

Davenport
continues: “Just recently a
former student came to me and said ‘Mr. Davenport, I need help. I want to get
into the Marines and I can’t pass the test.’ We worked on that
test (preparation) for months, and when he took it he came within one point of
passing! That caused him to become discouraged, and after five months he went
to see a sister in the Air Force and became re-inspired and came back to pass
it! He is in basic training in California now. I saw his mom yesterday who said
she is going to get me his address so I can write him.” 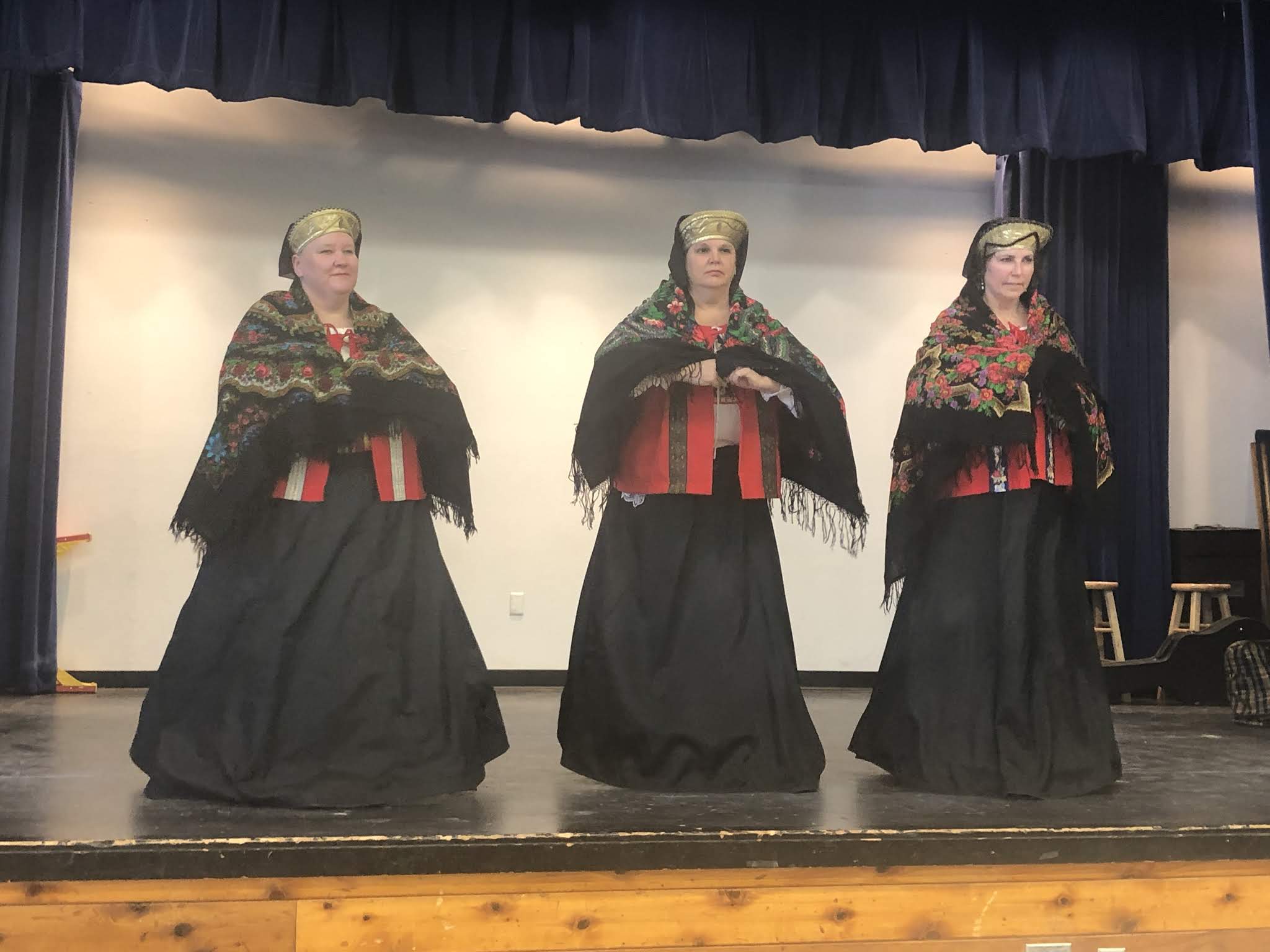 What about the day-to-day working as a
small town teacher?

“In a small town like this it is difficult to keep
the kids busy; so on Tuesday afternoons I host the kids in my classroom for
Chess Club. They learn to play chess and we have tournaments. Thursdays is After
School Math; they come voluntarily and out of 25 in my class, 14 to 17 stay for
extra instruction every week,”
said Davenport. “They want to know
more, so I teach them logic problems they don’t
get in the regular curriculum. These are things they need to know to solve
problems in life.”

“We have a very
active school, and there are always opportunities to learn,” Davenport
explains. “Right now, Ms.
Droids and a parent volunteer Mrs. Lewis, host Science Olympiad on
Wednesdays  It will lead into our
school’s Science Fair in which the entire school is involved. These
opportunities come through the PTA, the staff and involved community volunteers
like Kathy Fiedler who retired but still comes back and offers important
programs.  Our music teacher, Mrs. Hale,
offers Celtic Band on Monday and Fridays after school. Our new teaching aide Serena
Drover was our amazing basketball couch this year.  Another dedicated staff member, Mrs. Schachle
has helped teach our students cross-country skiing for years.

The entire community helps keep young Alaskans active:  “We are blessed with
the best PTA in the state. They run the Pancake Breakfast event held in the
mornings before each day of the carnival at the elementary school,” Davenport
continues. “I’ve never seen any school with the PTA support we have here. That
contributes to our success; they offer additional programming that the school
does not: physical education activities, direct teacher support (both financial
and with projects) and programs that enhance student activities in a very small
town–like learning to ice skate, hockey skills classes, gymnastics, Tae Kwon
Do, soccer, and baseball programs, too. These are only a few of the programs
they have offered our students over the years I’ve been here.

The Willow Lions Club is another active resource in Willow.  They host Family Skate Night (once a month
throughout the school year), the school GeoBee, Project Childfind, and support
individual classes like the aviation unit they financed for Davenport’s class over the
past several years, in which one of their members, Van Wilson, helps teach the
skill of building flying models.

“That’s one thing we
do for art during our “builds,” adds Davenport. Willow Area Community Organization (WACO) supports
Willow School in many ways as well.  They
financed us building bat houses for a local park last year and another teacher,
Mr. Sandford, cut the poles and helped install them over the summer.

“Willow is a great
place to teach, we have amazing support from our community,” said Davenport.

For
perspective I also reviewed AKDEED test results for Riverbend Elementary School
in Juneau, where I did my student teaching in the early 2000s. This urban
school is in the Mendenhall Valley rather than in Juneau proper and is larger
than Willow or Haines schools. There, 142 (98.61%) of the students took the
PEAKS test. Advanced learners totaled 16 (11.35%) while 48 (34.04%) were Proficient. 40 (28.37% tested Below
Proficient and 37 (26.24% were Far
Below Proficient. Economically Disadvantaged students totaled 83 while Not Economically Disadvantaged students
were 59. Students With Disabilities
who took the PEAKS test totaled 34 while those Without Disabilities totaled 108.

Three communities, three schools, with one carnival celebrating
winter. Alaskan communities, each with a school striving to prepare Alaska’s children for
Alaska’s future. That is something to celebrate anywhere in the state but
they make a point of it in Willow.

3 DEED About Our Standards,