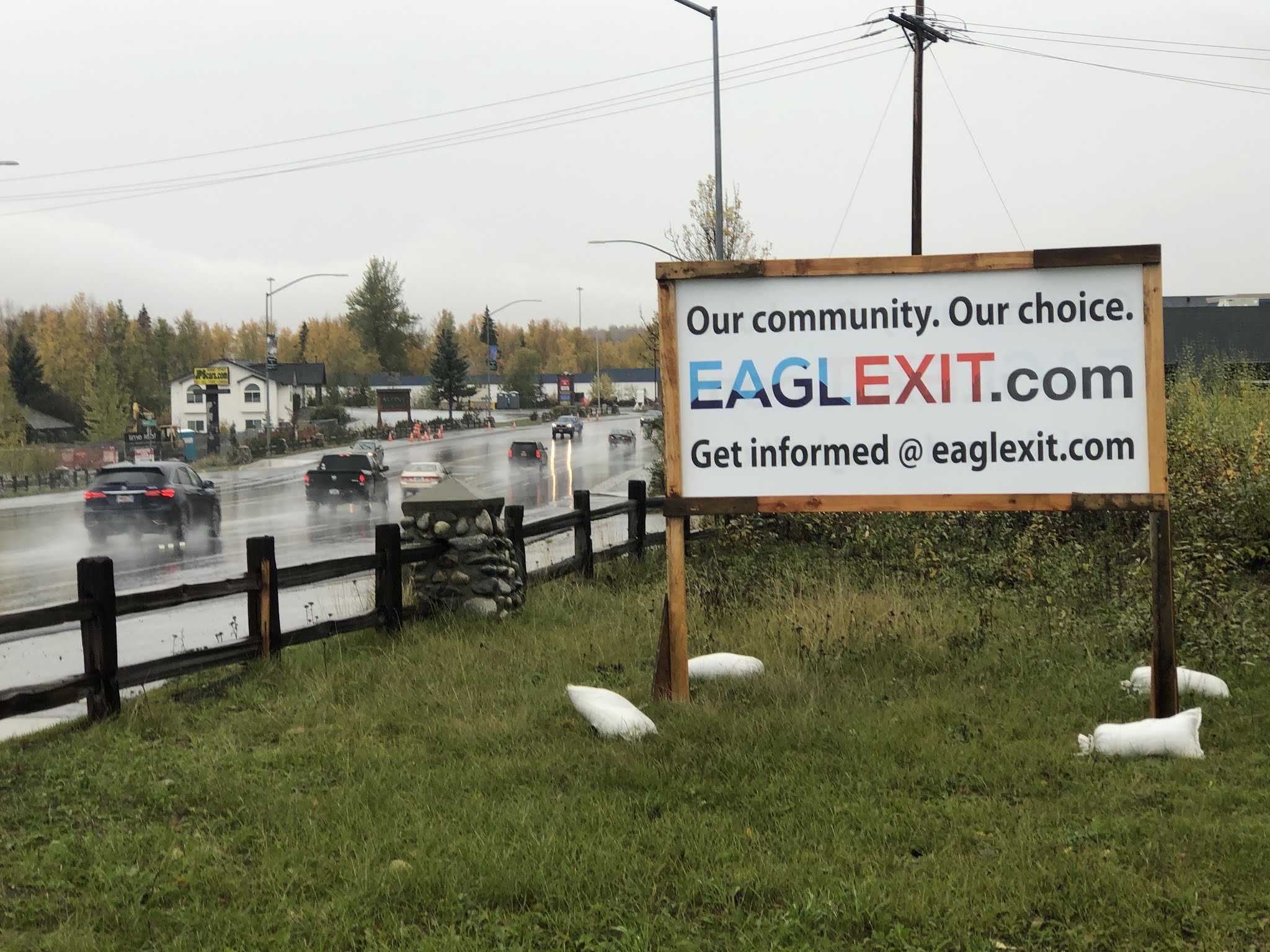 The yard signs and billboards are all over Eagle River and Chugiak urging area voters to consider detaching from the Municipality of Anchorage (MOA). As a community we are having a discussion about the meaning of local government.

Another informational meeting will be held at 7 p.m. Thursday, October 3 at the ER Lion’s Club hall, but let’s review here and now what this effort is all about.

Welcome skeptics. Your first questions are going to be: How much will it cost?
and Who will pay for it?

Fair enough. The MOA (Muni.org) has been doing such a bang-up job for so long that the possibility of self-governing and providing services for our area separate from the Mudflats local government may be unthinkable. So, I sat down with one of the Eaglexit ringleaders, Michael Tavoliero, to get a preview of what they will be talking about at the upcoming meeting.

Then let’s talk about legal authority to detach and why this is the third time
detachment for Assembly District 2 (AD2) is being attempted. 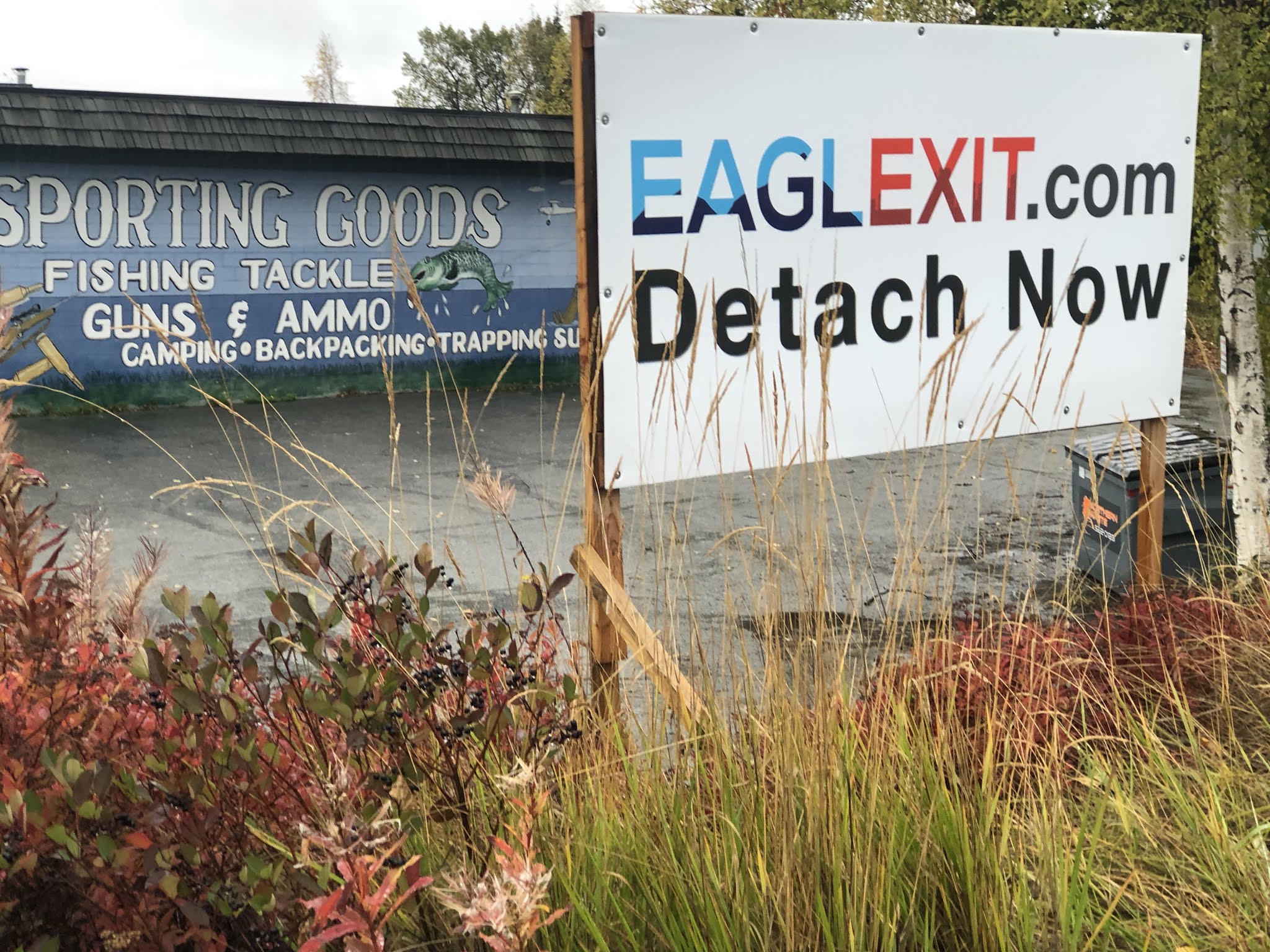 AD2 has
two elected Assembly members, currently including Fred Dyson and Crystal Kennedy. AD2 includes Joint Base Elmendorf Richardson (JBER) which provides a
kind of natural buffer between local government in Eagle River/Chugiak and Anchorage proper. There are six Muni districts, each represented by two elected assembly members, except District 1 has only one elected member on the mudflats assembly.

The MOA has $5.7 Billion in assets with $3.7 Billion totally paid for. We also know that the Muni has $1.6 Billion in long-term liabilities for which AD2 has some obligation. This information can be found in the Muni’s 2017 CAFR.

With two of 11 assembly members representing AD2 resident’s interests we have an 18 percent interest in whatever the board decides to do. 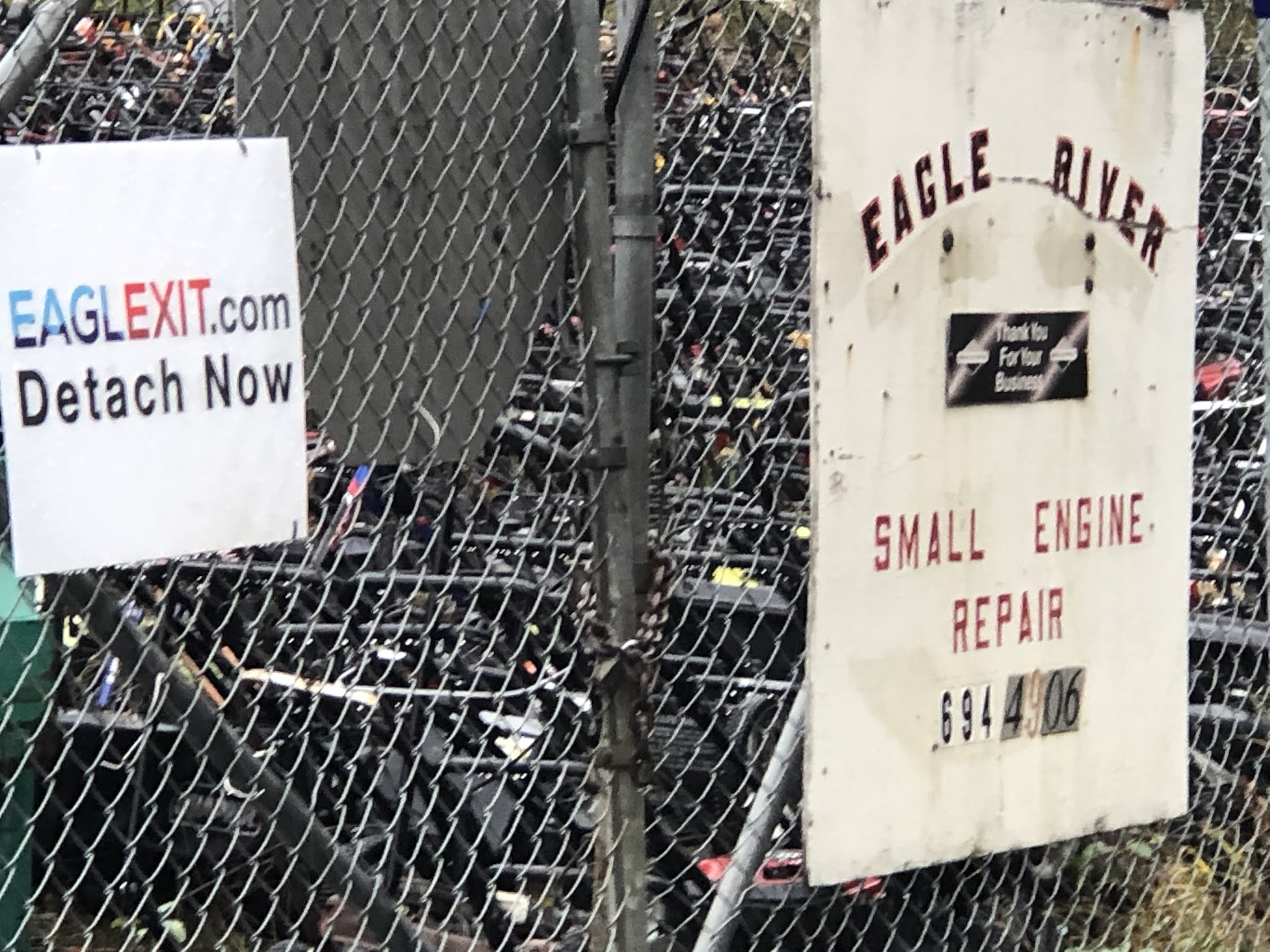 “I and
some others have looked at this situation and come to the conclusion that with communities the size of Assembly District 2 it makes more sense to have self-government
here than there,” explained Tavoliero at the beginning of our interview. “Probably the most important component of this effort, however, is understanding self-government and how it is established in our constitution and laws.”

This could be a teachable moment! Hang with me here, readers.

Alaskans are notoriously independent in nature and many folks of this semi-rural region enjoy large lots and enforced privacy. There are many reasons why WE have escaped the Mudflats Community to live here. We value the natural separation from East Anchorage by virtue of our location.

Other local leaders have recognized this and even taken steps to seek autonomy before.

“Our polls right now, which is more of a sample, show that about 75% of the
community likes the idea; they want more information and I believe if the
information is reliable and provable they would support it,” continued Tavoliero.
“You have to keep in mind the history.” 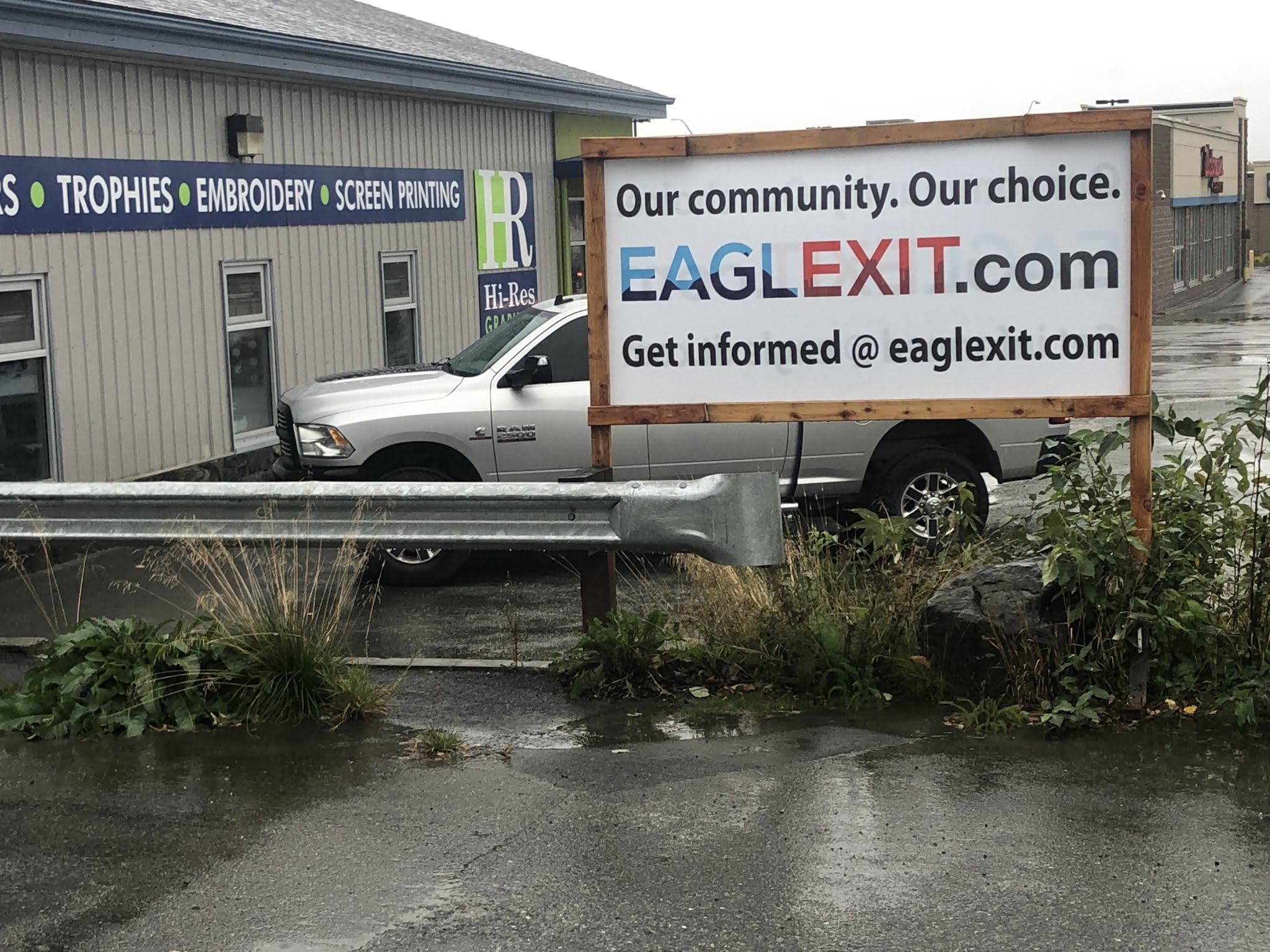 “In 1974-75, Lee Jordan and a group of local people successfully detached from
Anchorage and incorporated as a second class borough. A group of dissidents decided to sue, saying ‘they can’t do that.’ The superior court agreed with Jordan and that group–ruling against the dissidents, ” explained Tavoliero.

Of course, it didn’t end there.

Besides the court fight, events of the day impacted this community’s efforts for
autonomy. Following Statehood the legislature had enacted a Mandatory Borough Act which provided impetus for establishing the Greater Anchorage Area Borough. The GAAB came into existence in 1964, resulting in overlap and duplication of powers under two local governments. Beginning in 1966 and continuing until voters approved a Charter Commission in October 1969, an ongoing battle ensued between the City by the mudflats and Borough. Actions by community leaders and governmental officials ultimately led to unification into what we know today as the MOA, approved by voters in 1975.

This was the incoming tide Jordan and his supporters faced between local government mud wrestlers in Anchorage and the GAAB. Proponents of detachment–in what became AD2 by Unification–were swamped. 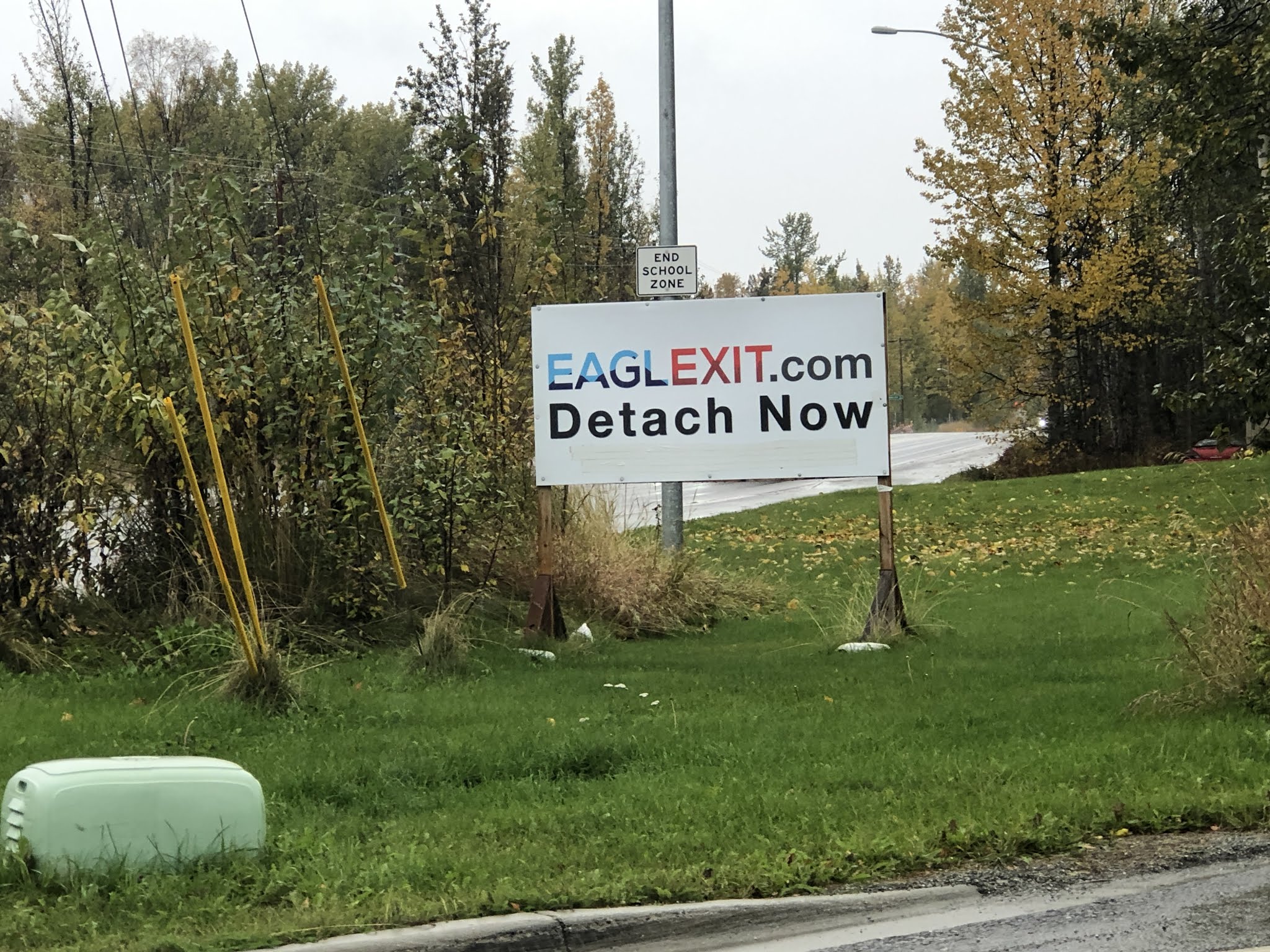 “Over the course of five years–as unification was being laid out–Jordan and that
group looked at the options they had: 1. detach and incorporate under the normal rules of the state, found in Title 29, and they concluded the better way of doing this was 2. directly through the legislature,” continued Tavoliero. “They went to Juneau to lobby for better public safety with more State Troopers, and the end product of that was an agreement to detach. The state legislature accommodated them by unanimously passing a law in 1974 allowing AD2 to detach and
incorporate based on a referendum of the people and involvement of the Local Boundary Commission.”

The Local Boundary Commission is established in the Alaska Constitution under Article X, Section 12 as part of the Executive Branch to consider local boundary changes for consideration by the Legislature.

Jordan and his group obviously had no confidence in local Anchorage government and wanted the most direct means for establishing a government closest to the people of Eagle River/Chugiak.

“The lawsuit that was filed by the dissidents went to the Alaska Supreme Court and unfortunately, I believe, the ASC erred in their ruling against detachment,”
said Tavoliero.

Current dissidents often bring up this lawsuit as a reason why Eaglexit is a fool’s errand. Tavoliero doesn’t think so.

“The court ruled this was a local or special act not allowed by Article 2, Section
19 of the State Constitution,” explained Tavoliero. 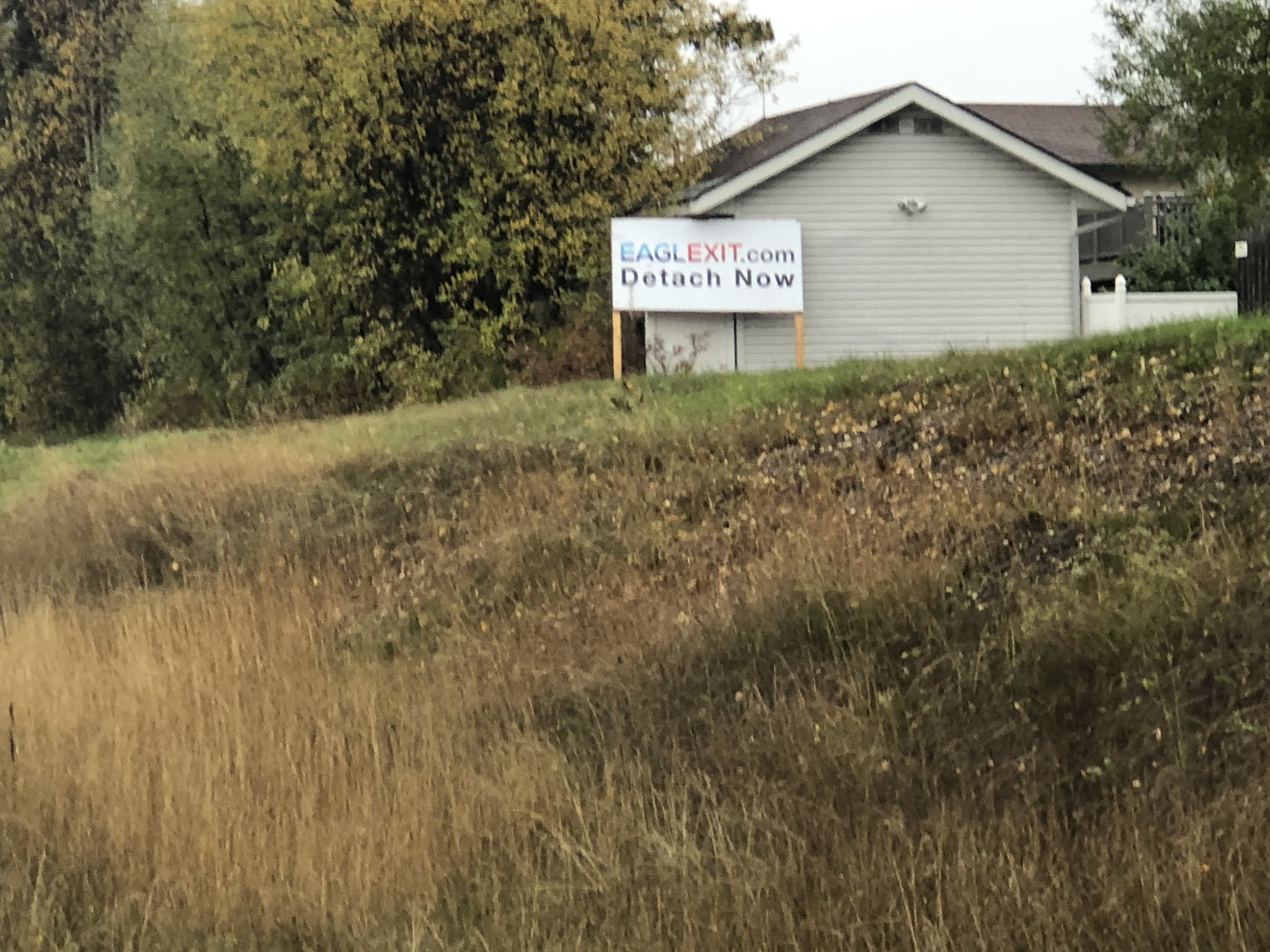 “The court opinion basically said that AD2 could use a general act to do what they wanted
to do, but instead of remanding it to the lower court, it struck down the law. I don’t think it was possible (to use a general act) under the circumstances because the community of Eagle River/Chugiak was faced with the reality of local government Unification. Rather than going through the process, members of the Alaska Legislature encouraged them–under the local and temporary acts of the legislature–with a specific act focused on a specific location of a specific duration. I believe the act itself was proper and constitutional” emphasized Tavoliero. ”But that is what happened and we are now some 45 years later.”

So how is a giant local government ranging from Girdwood to Eklutna working out now for residents of Eagle River/Chugiak?

“I think it is inefficient and ineffective,” responds Tavoliero. “Remember before Unification, the City of Girdwood was an incorporated municipality. Glenn Alps was an incorporated Municipality. Unification was sold as a process that would create a more efficient, cost effective local government that would represent and meet the needs of the entire area. Eagle River/Chugiak’s biggest complaint was that it did not have representation with the greater Anchorage borough.”

Today Eaglexit promoters recall two schools of thought before Unification: “1) We want to detach and incorporate and be our own community, our own city, or 2) You need to incorporate and be under our umbrella and we’ll take care of you.
As a matter of fact we will even give you representation–a seat at the table, they said.

“We have now looked at that, and what we have discovered is that over these more than 45 years that hasn’t been accomplished,” explained Tavoliero. “Instead what we have seen is a continual growth of property taxes; we have seen a true demise in our education system relative to costs. Right now the average per-pupil cost is $18,800 in 2019 dollars including local, state and federal contributions. Real and personal property tax collection for FY 2018 by the Muni was $11,356 per student based on an enrollment of 45,958 students and an annual real and personal property collection of $247 Million to the Anchorage School District (See 2018 CAFR ASD). So the question is: ‘Can we do it better?’ 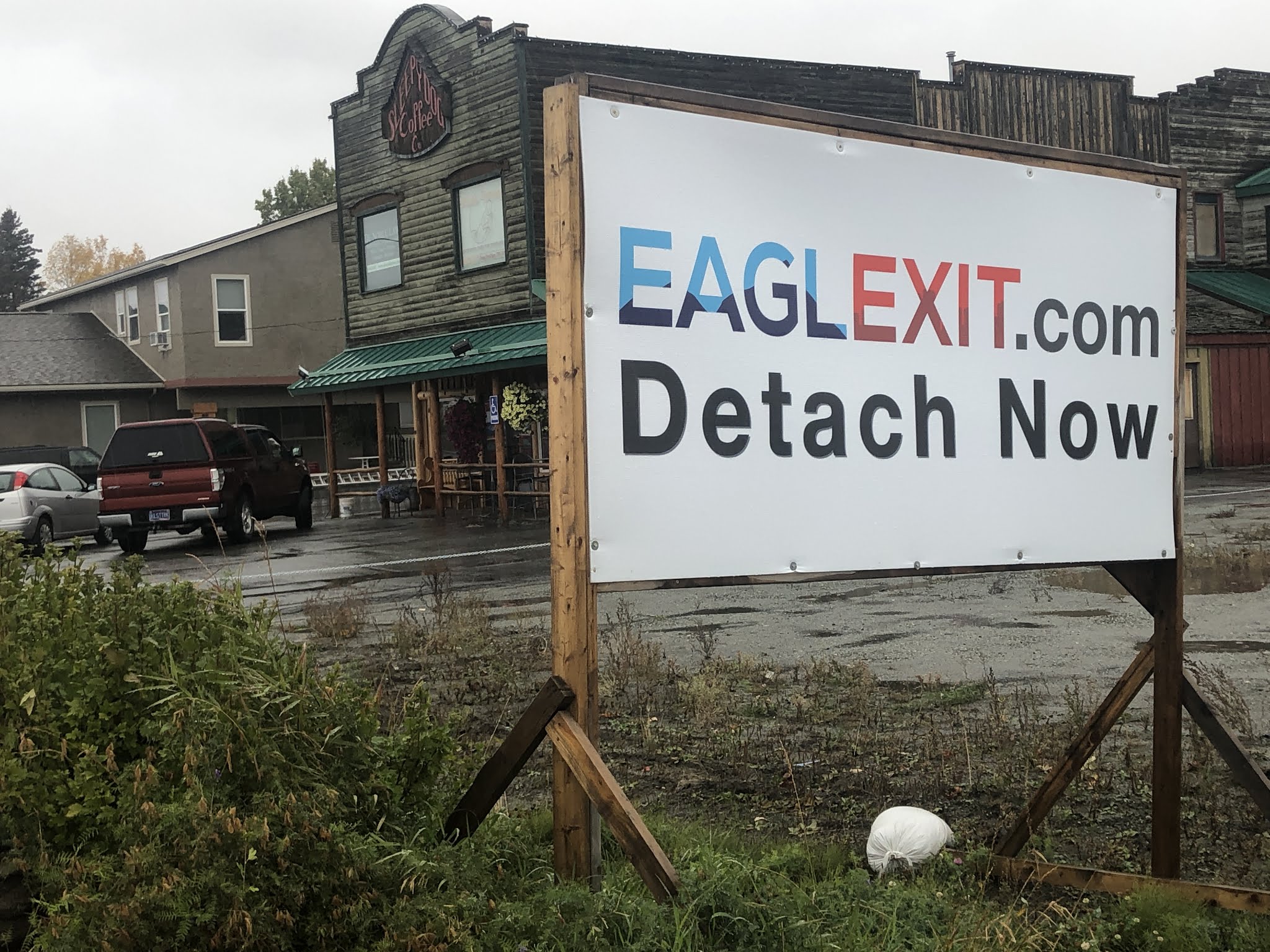 “I think the important point is we need to review the history: Why did Lee Jordon do what he did? Why in the period between 2004 to 2007 did Dan Kendall and Fred Dyson and their group do what
they did with their initiation of a detachment process?” said Tavoliero. “I believe that we can develop a local government in AD2 which has a lower property tax base, a better education cost and delivery model, with more obedience to the law in terms of citizenry, including police/fire protection. I believe the things we value as community are not coming from the Anchorage Assembly or
the current mayor’s office.

“My position on this is simple: Can a largely affluent community of 50,000 people self-determine their future? I think we can!”