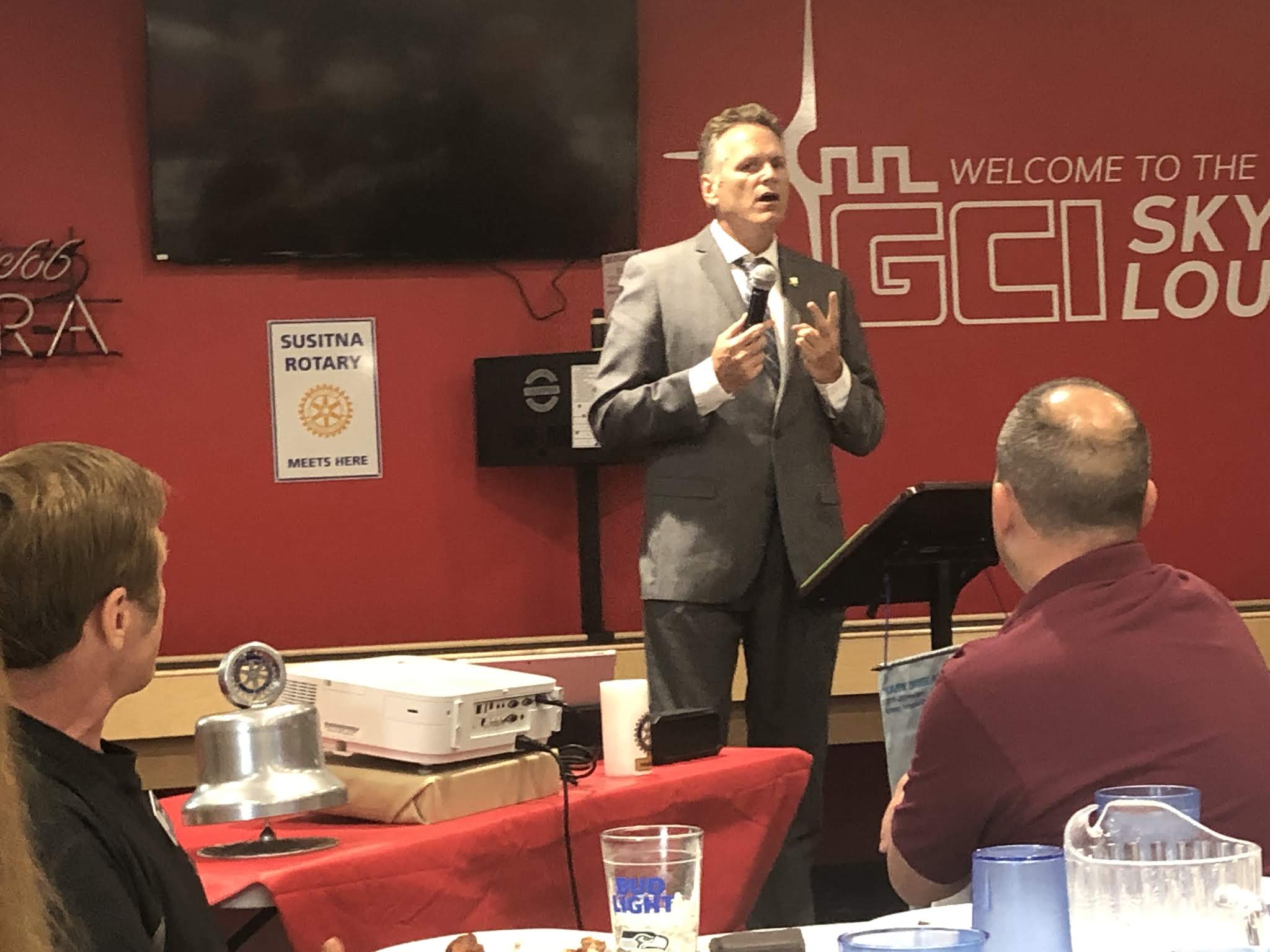 Shameful antics by wannabe anarchists disrupted the third day of a Special Session of the Alaska Legislature called by Gov. Michael Dunleavy for Wasilla Middle School July 10. Because this was not Juneau, Wasilla Police and Alaska State Trooper security allowed a spectacle of civil disobedience to occur in the makeshift chamber.

Had it been Juneau, theatrics would have been designated to the plaza in front of the capital. But here in Southcentral Alaska, some people who do not respect Rule of Law demonstrated their stupidity.

That is what Alaskans saw online and in the news. This is part of the hysteria generated as a result of June 28, 2019 vetoes:

“Alaska Governor Michael J. Dunleavy today shared the following message with Alaskans after signing the FY2020 budget with approximately $400 million in line-item vetoes. With an overall reduction in state spending of $678 million, the Governor’s actions eliminate nearly 50 percent of the state’s deficit this year.

Dunleavy says he hopes a “two-year process will put Alaska in a position of balancing the budget without new taxes or a reduction of the traditional Permanent Fund Dividend.”

In
Juneau, on Wednesday 37 of 38 lawmakers voted to override Dunleavey’s budget
vetoes. They needed 45 votes to do it, but again theatrics is everything when
you are simply throwing a temper-tantrum.

Gov. Dunleavy the teacher also on Wednesday transmitted a narrow
Fiscal Year 2020 capital budget, sending a message to the Legislature that – by
failing to capture more than a billion dollars in federal infrastructure
dollars and to provide an adequate funding source – their work constitutes an
incomplete.

“Unfortunately, the capital budget I received back from the legislature
lacked the support needed to fully fund projects and programs critical to the
development of Alaska, ”wrote Governor
Dunleavy in a letter to the Legislature today. “I look forward to a
swift resolution on the 2019 Permanent Fund Dividend, so the legislature can
quickly move on to fully funding a capital budget to support jobs and families
across Alaska, and ensure Federal funds are not forfeited and critical road,
infrastructure, and life, health safety projects receive funding.”

Antics
of protestors came into perspective later Wednesday evening for some other
Alaskans when the governor himself spoke to a Susitna Rotary Club meeting at
the Extreme Fun Center in Wasilla. There Dunleavy outlined the history of the
Alaska Permanent Fund–founded when production was running at 2 million barrels
per day during the early 1980s–to the decline in production since.

“I
made some promises during the election and the crime legislation was a very
difficult accomplishment.” explained Dunleavy, “It was done in Juneau with
passage of HB 49 after 151 days in session.”

His
choice to move the next special session to Wasilla was based on Dunleavy’s
belief that more Alaskans must participate in the discussion when it comes to
the budget and the Permanent Fund Dividend. During seven previous years in
Juneau as an elected official the former state senator from the Mat-Su Valley
says he believes more Alaskans should have direct access to the process.

You
might say cutting $678 million from the budget was Dunleavy’s clarion call.

Dunleavy
answered a range of Rotary Member questions, including specific details about
how the new crime legislation will make Alaska safer, what his administration
is doing about Alaska Psychiatric Institute, and what we can expect to happen
with the University of Alaska system. Medicaid expansion under the previous
governor is requiring work between the Dunleavy administration and the federal
government. Dunleavy said he hopes to have some announcements this fall in this
regard, as his goal is to have “more access and better care.”

How
the state spends money is particularly important because the vast majority of
money in this state goes to government. Alaska does not have a strong private
sector infrastructure, the teacher explained.

The
University of Alaska has expanded beyond efficient delivery of programs and
services over the decades. Some of the system must return to a community
college model, according to the governor, whose budget director Donna Arduin directly
provided hard numbers to back up his assertions. UA is running 250 percent over
the costs of other state universities.

Each
question was asked in measured tones and each response was conversational. The
governor was upbeat, and optimistic about how the current budget impasse would
be resolved. He said the legislature is having a difficult time and will have
to compromise because “Alaska must right size our budget.”

The
handful of protesters who had stood outside the building prior to the meeting
had left once their media enablers didn’t show up to glorify them.

One
Rotary member asked: “What happens if the legislature doesn’t approve a PFD
this year?”

“Alaskans
will be sad,” Dunleavy said. “But that is the conversation we are having.”