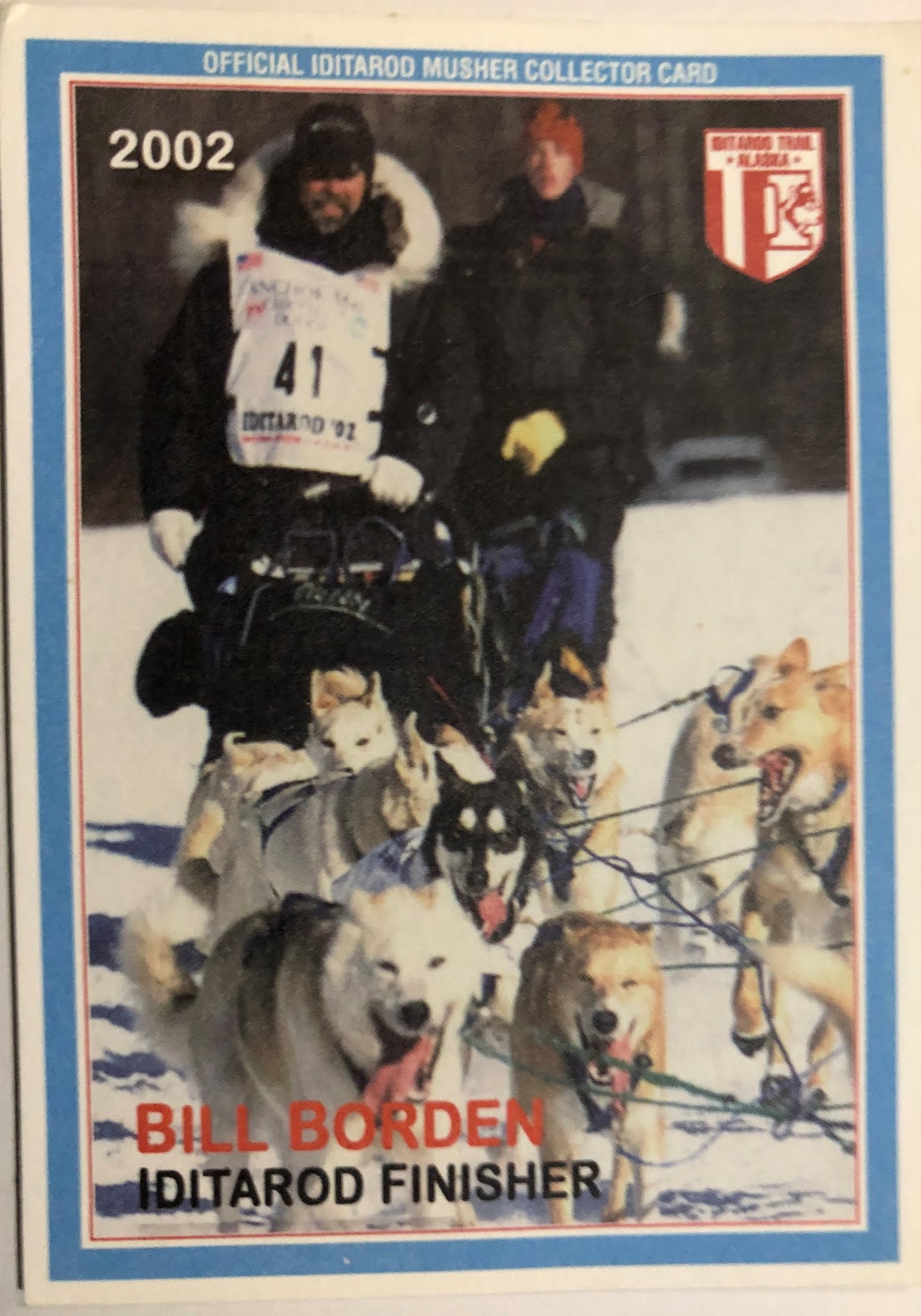 “We had to learn everything from scratch before thinking about running the Iditarod,” explained Borden in a strip mall restaurant near the park. “The community of mushers and supporters is inviting to participants, but nobody can tell you everything you need to know to do it.”

Fewer than 50 percent of Iditarod racers finish the race on their first attempt: “I could have finished a little higher, but it was more of the experience. I spent the last night in a safety cabin with a musher who had completed the first Iditarod; he was very cold and frozen, so we built a fire, and I chose to stay and listen to wonderful stories by a Native Alaskan.” Instead of finishing in the dark, Borden was able to reach Nome by daylight so his wife could take memorable photos.

The trail markers are clear in their messages: “Bill and Brenda Borden first met Fisher King when he was the star of a sled dog kennel tour. Little did either know that in only a few years, the quintessential sled dog they met that day would lead Bill’s team to the finish line,” states one.

“You can see this sign is about guidance because it has the map,” Borden explained.

Another sign described the courage necessary for the Iditarod, and another talked about accomplishment: “Upon Fisher King’s retirement from racing his last Iditarod, he and his teammates continued to promote education and awareness of this northern sport in local schools and senior centers, spreading the word that through proper planning, perseverance, and faith in God anything is possible.”

“This is my favorite,” shared Borden as we approached another marker.

“Perseverance—When Fisher King led Kennesaw’s Bill Borden on their Cool Dreams running of The Last Great Race, the run was a culmination of three years of research, training, and preparation that became a test of faith full of excitement and danger. Breaking his gangline just over 200 miles into the race on the Happy River Steps was just one of many tests of Bill’s conviction during the 1,151 mile Iditarod.