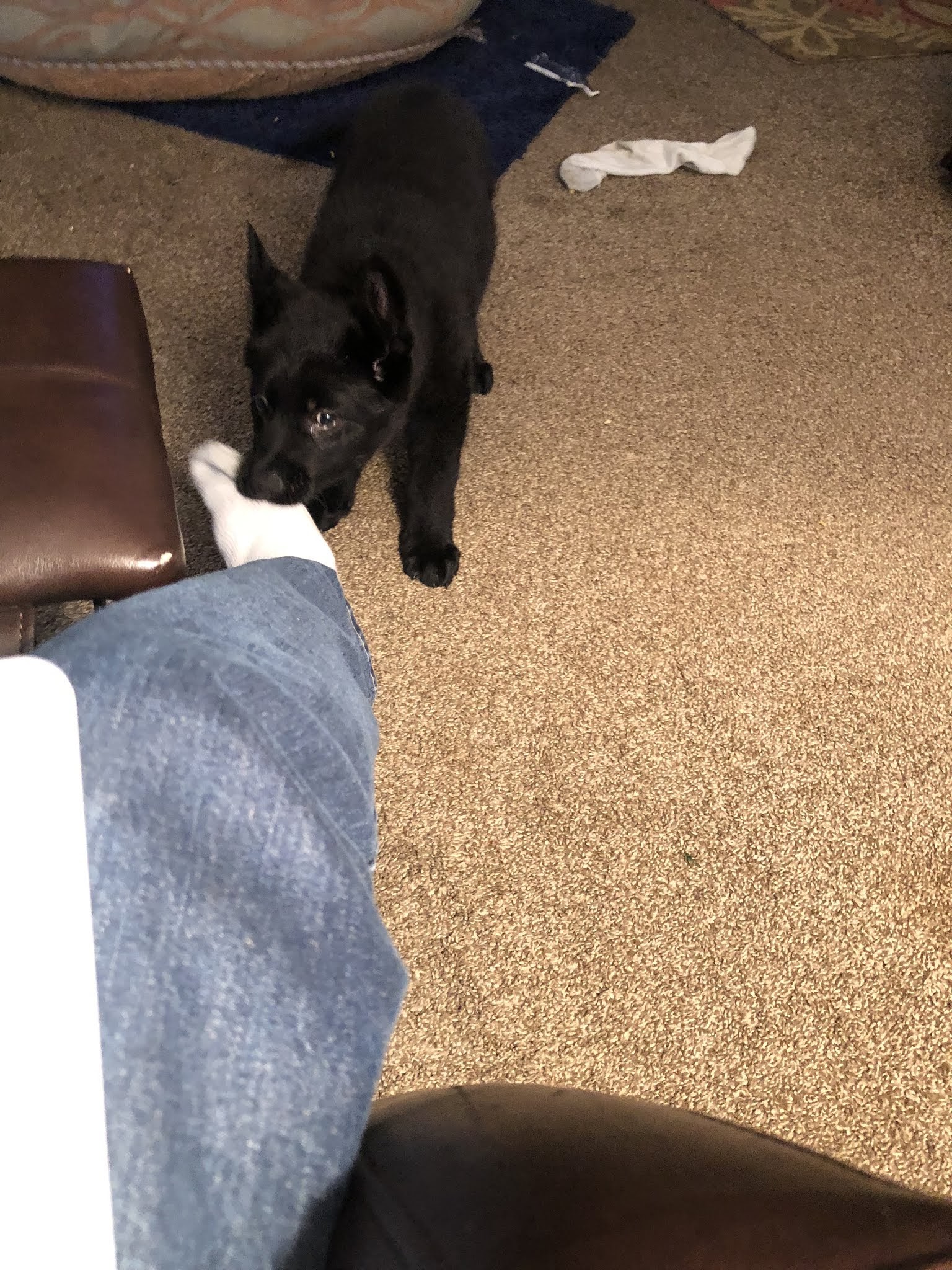 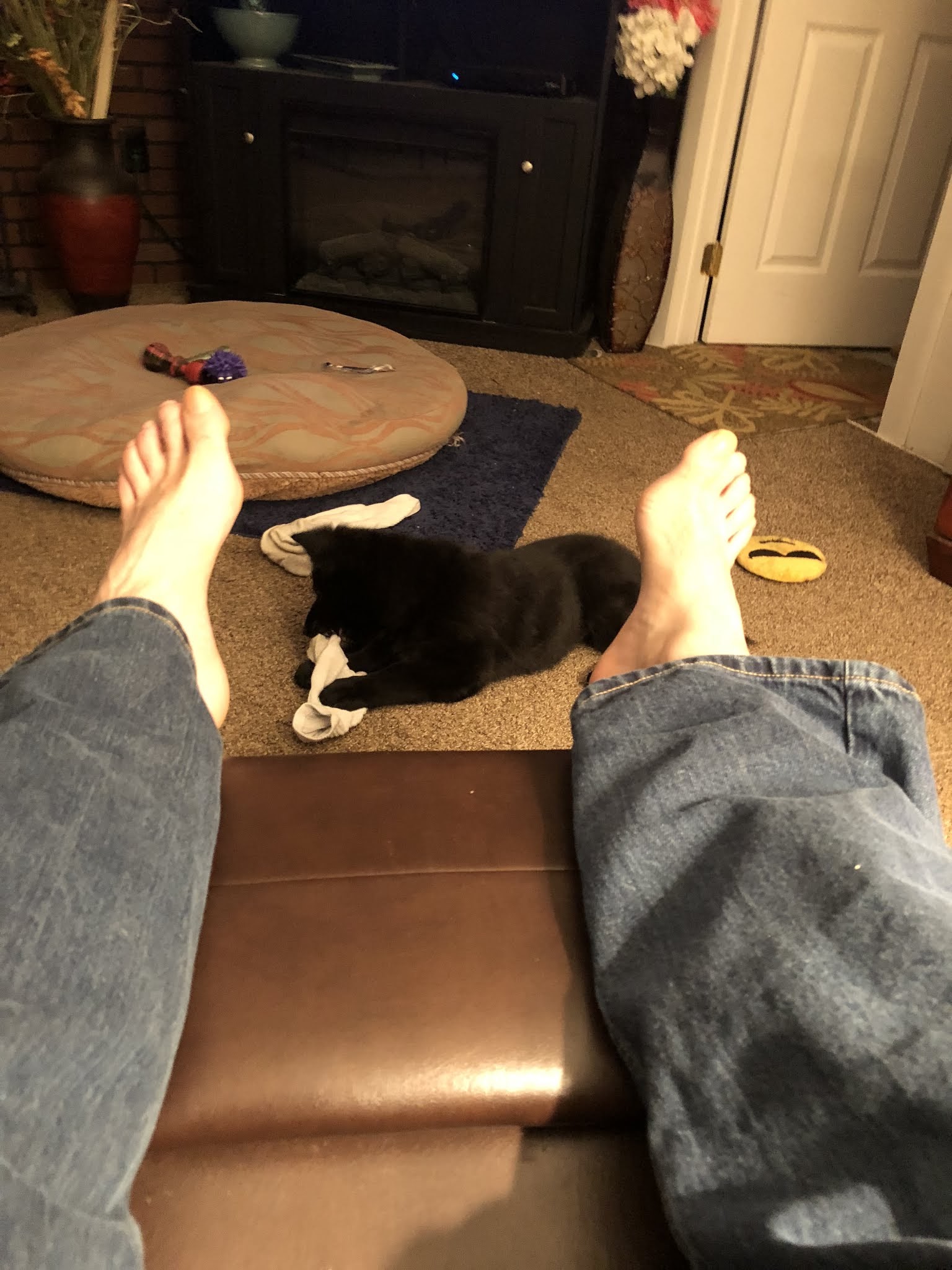 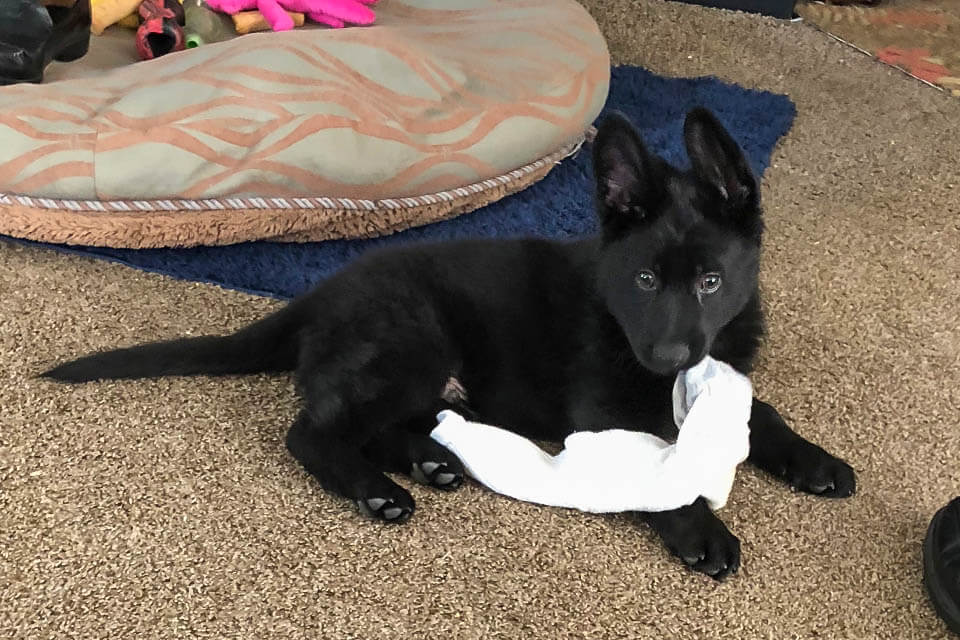 I have known a lot of guys with dogs and no women in their lives.

Dogs are easy to love and don’t have high expectations, except to be fed regularly.

One fellow I knew had a beautiful black Labrador retriever, which a mutual friend had trained to fetch training bumpers in competition, and to retrieve ducks. This fellow was a confirmed bachelor; when asked kiddingly when he was going to find the right woman to be his partner, he would say: “When I can find one that likes to swim in cold water with a duck in her mouth!”

The most important role of any dog is that of a companion. And the most difficult time in a dog’s career as companion is when the dog-to-be is a puppy.

I have a new puppy!

Cathy and I raised our last dog from puppy and I remember how difficult it was to maintain our home as the equivalent of a 5-star hotel with that little Labrador retriever trying to get her mouth around everything. But when she looked up at you, with toilet paper she had pulled off the roll dangling from her muzzle, you could not be upset at that yellow lab face.

A puppy brings levity to everything.

We named that dog Aniak and she was such an enthusiastic dog that everyone in our neighborhood grew to know her. Friends who were taking their dogs on walks would drop by and add Aniak to the fun. She would fetch anything and ask for more throws.

Aniak was no bother to anybody and very well trained, but when Cathy’s cancer treatment required extensive treatment, we asked our granddaughter in Tacoma, Washington, to keep her until we would return to Anchorage. Against my wishes, Aniak is still in Tacoma.

So amid my whining to my sister about all of the chaos of having a wife with cancer, and losing our cherished comfort dog, she responded: “I can fix one thing! My dog had puppies and they are ready for new homes!”

My sister and I have never been close. Our family will not allow for that. Our father was a master of sarcasm and ridicule which was passed onto us all to the point that we seem almost incapable of civil communication amongst ourselves. So, the idea of my sister offering to do anything to mitigate the hurt and pain I have been going through since about April of 2017 was totally unexpected. 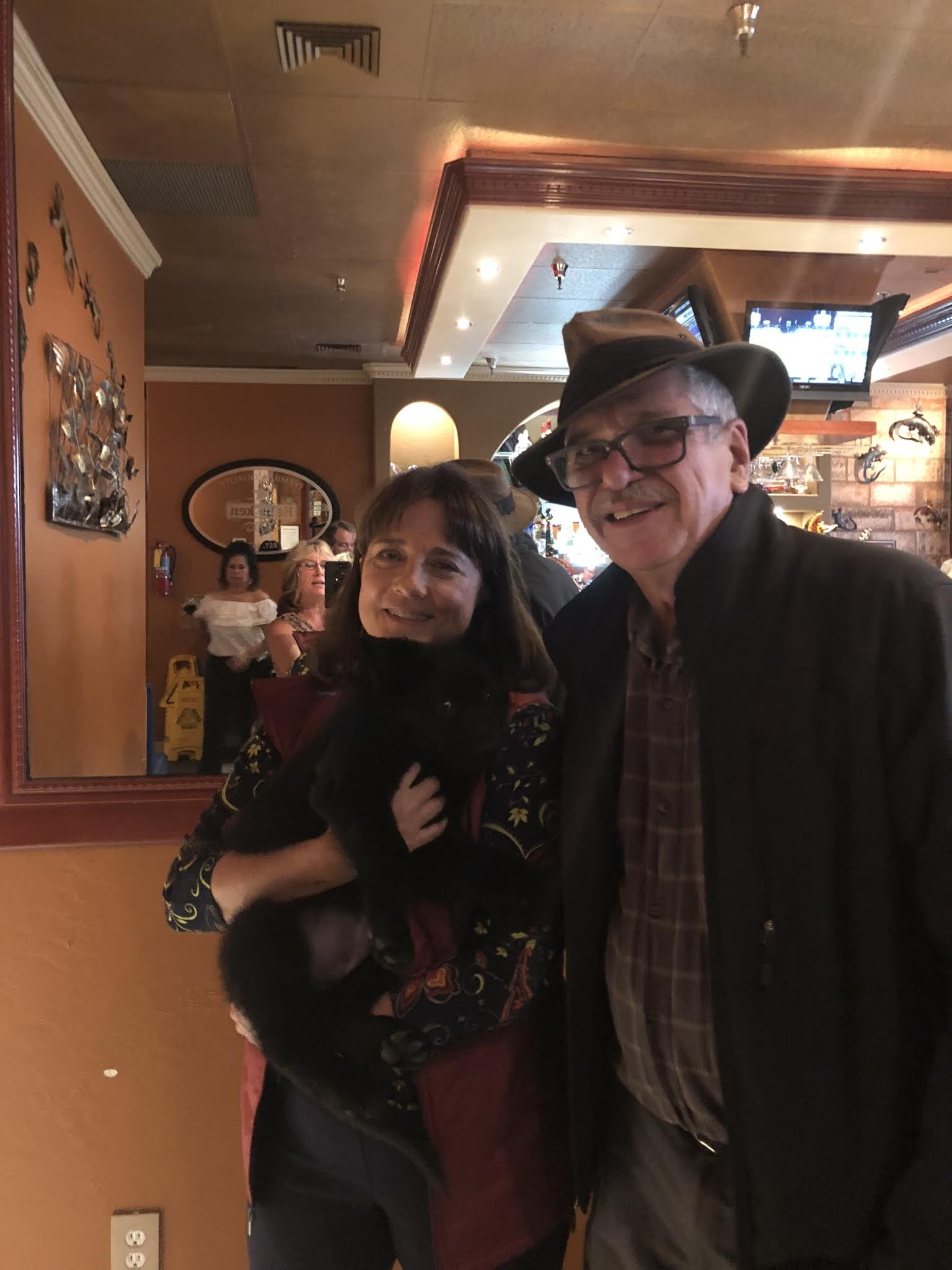 All my past dogs have been labs. Before Aniak, we had a chocolate lab named Kowee. We got her as a grown dog from a fellow in Oregon who had a male he wanted to breed and bought this dog to bring him puppies. When she didn’t do that, he sold her to us and we immediately had her spayed–just in case.

That guy called us back some weeks later begging for his dog back—offering twice what we paid for her—because he found out it was the male that was impotent! Too late; although Kowee wasn’t a particularly smart dog she was part of our family now, and was never going to have puppies.

I like Alaska names for my dogs, and Kowee was the name of the Alaska Native Chief who showed the white men where the gold was located near Juneau.

Our dog, Kowee, was also a friend of my best friend in Juneau, Hugh Malone, who had been speaker of the Alaska House of Representatives when the bill creating the Alaska Permanent Fund was passed. Hugh and I had many walks together on Juneau trails with Kowee and his dog–and many talks about whether Alaskans would protect that endowment for the future or ultimately use it to buy more government.

Before Kowee was Chatham, a yellow lab we raised from a puppy who I trained to be a search and rescue dog with the organization SEADOGS in Juneau. He had made his first “find” and was headed to a career as a trained search dog when he was hit by a car while bringing a training bumper back to me in his mouth. That lousy driver just missed hitting me, too.

Here is the rule for having a dog: Anytime you take on the responsibility of owning a dog you also take on the heartbreak of what happens when one of the most joyful parts of your life turns tragic. No matter how well you care for them, things will happen over the time of their lives that impact you as their owner intimately.

For me, three dogs, three stories.

For more perspective, since January of 2016, I have been studying the presidents of the United States in order, beginning with George Washington, John Adams, Thomas Jefferson and so on. I am now almost done with a comprehensive book on President 25, William McKinley. This has been a fascinating journey through our country’s history because each new book about a president must include the experience of the events leading to becoming president, as well as events after being president. This biographical overlapping provides a rich depth of understanding of our nation’s history from the perspective of how the highest elected official impacted–or was impacted by–events of that time. Theodore Roosevelt was vice president to Pres. McKinley who was the third president in our history to be assassinated.

Ultimately, every president I have read about so far has died. When dogs die they leave a legacy of what happened during their lives, too.

I am thrilled about this. My new puppy is a black German Shepherd with a tiny white island on his chest. His name is Adak. My sister picked him out for me and he is changing my life. The house I shared with my wife since 2010 is no longer empty of any activity but my own. Adak is active and makes me pay attention to what he has wrought.

This is a different kind of dog than I have ever had. He has a double coat of hair which will require frequent brushing. He has a sharp snout and he is very smart. The German Shepherd breed is said to be third in intelligence behind poodles and border collies. That is one reason they are the most popular breed for security work, and one of the reasons I am happy to have such a dog as our Alaska crime rate continues to be out of control.

Adak is now a bundle of joy.

I have gotten him his shots and an identification chip installed. He is figuring me out, and my sister says he will be MY DOG forever if I train him properly. That doesn’t mean he won’t bond with other people, but he comes from a line of dogs bred for police and security work and the trainer is the center of their lives. 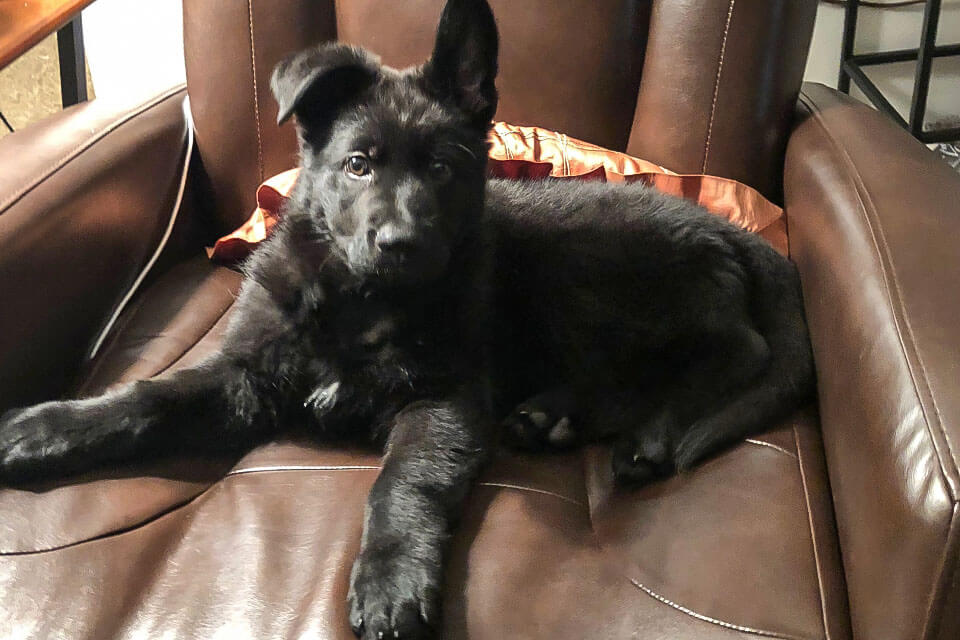 I’m ready for that kind of dog. I’m flexible about how the house is kept. I’ve never had a dog you cannot see in the dark, who will mark our area, and cause bears to hesitate about coming into our yard. I’m older now and I am transitioning into a new phase of my life in which my own health and well-being depend upon wise use of resources and anticipation of danger.

My sister tells of a gathering she had at her Wasilla home where the father of Adak singled out an unknown guest and kept nipping him. She told the fellow he would have to leave because her dog said so. He left and later she found out he had stolen something.

Perhaps in the future, Adak will be intuitive enough to assure my protection when I don’t even know I am in danger. But for now Adak is my companion and I am his teacher. He is allowed to be a puppy and grow into his new career as comfort dog.

Thanks, Sis, this is huge!